Back in my big company days, large newspapers were heavily unionized. After railroads and before high tech, newspaper publishers were the media barons of the day. The business was capital intensive, requiring once-in-a-generation investments for big presses and printing facilities. It was also high on fixed costs, with payroll being the largest expense before newsprint and other departmental expenses. Still, profit margins were high. Newspapers were a great business for their owners.

Viewed as a manufacturing process, it’s no surprise that labor was unionized in the pressrooms. Additionally, many newsrooms were organized by the Newspaper Guild. Truck drivers belonged to the Teamsters. In those pre-internet days, customers called by phone and actually spoke to a person. Subscription services and classified advertising were staffed by large banks of telephone operators, some organized by the Communications Workers of America. Not every newspaper had these unions, but they were an ongoing threat to profit across the industry.

Unions were expensive, with dues for members, and they stood between management and labor in workplace communications. They were afforded protections by the National Labor Relations Board that drove up legal costs. Union negotiators weren’t exactly what you’d call friendly types.

During a decade or more in the early 1990s, the company where I worked successfully decertified something like 12 of 16 organized labor units across various markets in the Southeast.

Decertifying a union was hard work, requiring years of hardball negotiations. Fair, reasonable and commonsense raises and benefits that went to nonorganized employees were withheld from union members. Reaching an impasse was considered a victory because it allowed the imposition of the last set of terms offered. Under NLRB standards, just getting signature cards from employees to call a vote on decertification was very difficult. Other corporate tactics included outsourcing and job elimination.

During the period when all this was happening, the U.S. economy was undergoing a massive transformation from an industrial economy to a service economy. Unions had their heyday across many sectors but were losing their influence. Instead of employees, it became popular for companies to call workers “associates.” The value of human capital began to be recognized as a true asset, equal to or even more important than financial capital.

For as long as I can remember, the legislative lobbying mantra of the business community has included three priorities: low taxes, fewer regulations and a low minimum wage. Perhaps it’s time to rethink the value of these propositions in a more contemporary context.

While promoted as a driver of job growth, low taxes have contributed significantly more to income disparity than to job creation. Inadequate regulation has accelerated climate change to the point of global crisis. Low wages are driving people out of the workforce and stifling consumer spending across large segments of our economy.

After the long decline and fall of the influence of labor unions, it is amazing to see wealthy companies like Amazon facing organization efforts. Even Starbucks, which promotes a progressive image, has seen two stores unionize and other locations attempting to organize in recent months. Perhaps the ultra-rich owners of these companies should think less about matters such as outer space and transcendental meditation and more about their employees here on Earth.

Closer to home, it amazes me to see small newspaper newsrooms here in Virginia beginning to reform labor unions. I understand their pain, but it’s a futile and uphill battle against the tallest of odds in what has become a much-beleaguered industry.

When you talk to smart business leaders and ask what accounts for their success, they will often say, “We have great people.” That has certainly been my own experience. People are the most important competitive asset. Yes, government needs to do its job, but so does business.

Let’s think differently about labor. A rising tide should indeed lift all boats. 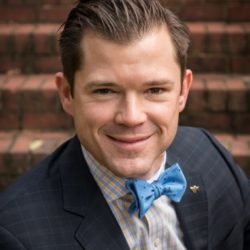 With pandemic’s end in sight, what are our takeaways?

Seizing our future by creating value together

What must we do as business leaders to cultivate the co-creation economy?