Reston-based Octo is being acquired by IBM and its 1,500 employees will become part of IBM Consulting’s U.S. public and federal market arm.

Terms of the deal were not disclosed in a news release Thursday. IBM is acquiring the company from Arlington Capital Partners and the deal is expected to close by the end of the year.

Octo was founded in 2006 by CEO Mehul Sanghani. The federal contractor has been recognized as one of the fastest growing in the U.S. and has been named a top place to work. In May, it opened oLabs, a $10 million, 14,000-square-foot research and development lab dedicated to federal customers, including the military, where Octo has worked on artificial intelligence and other projects.

Octo is IBM’s eighth acquisition this year, and the company has acquired more than 25 businesses since Arvind Krishna became CEO in 2020. The acquisition will expand IBM’s federal and public market consulting arm to 4,200 employees and Octo will complement IBM’s IT modernization and digital transformation strengths and enhance its support of federal agencies in those areas. Octo’s oLabs will also help to prototype emerging tech solutions.

Sanghani and his wife, Hema, graduated from Virginia Tech and in 2020 donated $10 million to the university, part of which went to endow the Sanghani Center for Artificial Intelligence and Data Analytics at the forthcoming Innovation Campus in Alexandria.

“Octo was founded on the belief that digital transformation could be delivered at scale to modernize the federal government’s approach to today’s most pressing challenges – from public health care to national security, to defense and intelligence,” Sanghani said in a statement. “Today, we are excited to join forces with IBM to continue to deliver these digital transformation capabilities with greater reach and scale.” 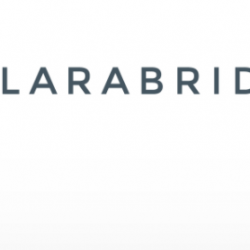