In more than three years, Commonwealth Center for Advanced Manufacturing (CCAM) in Prince George County has gone from no members to 19 members, and a 62,000-square foot facility. 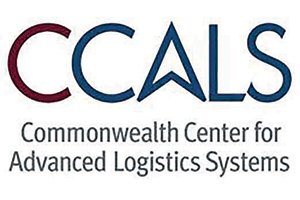 Like CCAM, CCALS is a research organization made up of university, corporate and government members. Simply defined, logistics is having the right thing, at the right place and time. Universities would help companies solve logistics problems which can involve costs, transportation and security.

CCALS officials say they’re talking with half a dozen companies about joining the organization. “Those conversations are happening at the C-level in most of those,” says Mark Manasco, CCALS’ president and executive director. “They are very fruitful. People like the tone.”

Research projects likely would start in October, says Barry Johnson, the senior associate dean in the School of Engineering and Applied Science at the University of Virginia. He is chairman of CCALS’ board of directors and is also on CCAM’s board. Research topics would include cybersecurity, big data, risk management, and risk mitigation and optimization.

While CCALS is situated in Prince George now, the plan is to build a roughly 50,000-square-foot facility in Central Virginia with a high focus on information technology. The building would include computation labs, data mining and management labs, an advanced modeling and simulation lab and a production warehouse for large equipment and experimentation. Johnson and Manasco hope the building will provide an environment where companies can develop new ideas while lowering risks and costs.

Johnson says CCALS can stimulate economic development in a number of ways. A workforce development program, currently in the works, would help create the next generation of workers for the logistics industry. Companies expanding or relocating in the commonwealth also will want to be close to CCALS, he says.

The organization would also breed new ideas, which could be commercialized by member companies or spun off as separate companies.  “Those are three things that are tangible ways CCALS will support economic development,” Johnson says.