During a Tuesday news conference about COVID-19, Northam emphasized that he and first lady Pam Northam were safe: “There is no imminent danger to me or my family.” Northam added that he would not work “under a cloud of intimidation,” noting that he served in the military during the first Gulf War, and that there were also threats made against him in January, during a large gun-rights rally that took over downtown Richmond.

“What is different now, which is concerning to me, is that the people who are making comments and rhetoric about elected officials — these threats are not coming from another country; they are coming from Washington, which I regret, and that needs to stop.”

An FBI agent who was part of the investigation into the antigovernment paramilitary group testified during a Grand Rapids, Michigan, federal court hearing that the men charged in the Michigan plot also also mentioned other possible targets, including “taking a sitting governor, specifically … the governor[s] of Michigan and Virginia, based on the [coronavirus] lockdown orders.”

Special Agent Richard Trask did not mention Northam’s name but added that members of the group — including seven other men who face state terrorism charges — were upset with the two Democratic governors’ restrictions on large gatherings and shutdowns of businesses and schools due to the coronavirus pandemic.

Northam’s office issued a statement earlier Tuesday: “The FBI alerted key members of the governor’s security team throughout the course of their investigation. Per security protocols for highly classified information, neither the governor nor other members of his staff were informed. At no time was the governor or his family in imminent danger.”

The statement went on to add that “enhanced security measures have been in place for Gov. Northam and his family for quite some time, and they will remain.” Northam’s office also laid responsibility for the paramilitary group’s plot at the feet of President Donald Trump: “Here’s the reality: President Trump called upon his supporters to ‘LIBERATE VIRGINIA’ in April — just like Michigan. In fact, the president regularly encourages violence against those who disagree with him. The rhetoric coming out of this White House has serious and potentially deadly consequences. It must stop.”

Trump sent an April 17 tweet that read: “LIBERATE VIRGINIA, and save your great 2nd Amendment. It is under siege!”

“Words have meaning to people,” Northam added during his news conference, referring to the tweet. He went on to criticize the White House gathering to celebrate the U.S. Supreme Court nomination of Amy Coney Barrett, in which several unmasked attendees — including the president and first lady and three senators — were later diagnosed with COVID-19. Northam said the case proves that masks help prevent spread of the virus.

In a statement later Tuesday, White House Press Secretary Kayleigh McEnany said, “President Trump has continually condemned white supremacists and all forms of hate. Gov. Whitmer, and now Gov. Northam, are sowing division by making these outlandish allegations. America stands united against hate and in support of our federal law enforcement who stopped this plot.”

This month, the president accused Northam of wanting to “obliterate your Second Amendment” and supporting the “execution” of infants, a reference to a controversy dating to Northam’s January 2019 response to a radio host’s question about a late-term abortion bill. Northam has denied that he supports infanticide, which is illegal, or ridding the state of gun rights, although he does support some gun-control measures.

“In a democracy, we do not resolve our differences by violence or threats of kidnapping. We vote,” U.S. Rep. Donald McEachin said in a statement Tuesday. “That’s what has made America a beacon for the world for over 200 years. Let’s all of us, as Americans, commit to keeping that democracy with peaceful resolution of differences.”

Attorney General Mark Herring also issued a statement: “Words have consequences. When we have a president who regularly spews hate and openly incites violence, people can be put in serious danger. From Day One, President Trump has used his platform as commander-in-chief to vilify his opponents and to urge his supporters to go after anyone who may disagree with them, and that includes both state and national leaders. This kind of harmful rhetoric further divides our country and it needs to stop now before more Americans are hurt.” 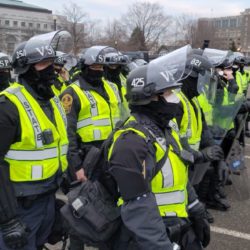 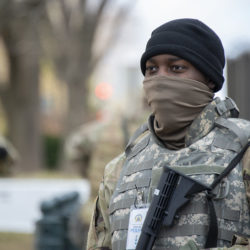 Northam calls FEMA denial ‘a slap in the face’