Welcome to the New Year! 2023 is a new one indeed. Business as usual isn’t so usual anymore. Tech companies are downsizing faster than local daily newspapers. Starbucks baristas are the new trend in organized labor. Amazon’s growth is slowing. Global consumption and supply chains can no longer be taken for granted. Twitter is, well, whatever. Travel, hotels and restaurants — the things we do in person — seem to be making a comeback. And yes, the kids are back in school, although colds and flu have been going around.

After a few tough few years, it’s worthwhile to rethink past assumptions. Many of our best guesses about the future have been dislodged or disproven by unforeseen events and circumstances.

When I first started working, getting hired by a large corporation was the gold standard. IBM was “Big Blue.” Does anyone remember mainframe computers now? In the ’80s and ’90s, McKinsey and Goldman Sachs were prime destinations for Wall Street’s wannabe rich and famous — that’s less the case today. Back then, all MBA schools waltzed to Milton Friedman’s mantra that the “social responsibility of business is to increase its profits.”

Looking back, I can’t help but think of an old Bonnie Raitt lyric: “I’ve had bad dreams too many times to think that they don’t mean much anymore.” The dream of a business world that was both fair and money-centric just hasn’t held up. I remember a well-respected boss who said, “I’ve tried fair, but life isn’t fair, and being fair just doesn’t work.” There may be some element of truth in that statement, but is that really a dream of how the world should be?

Among political and economic systems, capitalism is far and away the most successful driver of wealth creation. At the same time, in its purest form, capitalism derives significant motivational power from scarcity and inequality — it’s a world of winners and losers. As powerful as this is in its simplicity, a zero-sum game vastly understates the collective social problems faced by the world as we know it today. Think about pollution, energy, food scarcity, affordable housing or access to health care. In the long run, such social problems create significant new costs that are ultimately borne by the business world. Capitalism might do well to be a little less self-centered.

Today’s business environment is considerably different from past decades. Business is no longer just about profit. There is a growing recognition of the importance of a double or triple bottom line. Employees, customers and the community are gaining greater recognition for their indispensable value as inputs to financial success. Environmental, social and corporate governance (ESG) efforts are shaping investment decisions at a level not seen in the past.

Fortunately, capitalism has evolved to be more nuanced, more customer- and employee-centric. The best leaders realize that better results come when great people do good things in the best interest of customers and the community. This is a less self-interested and vastly more sustainable approach.

Reimagining the corporation means thinking differently about people. Companies are more complex than just an amalgam of labor and capital. Organizational structures are more complex than just divisions between management and employees. Today’s most successful companies think in terms of teams, teambuilding and placemaking. There is a much greater recognition that we are all in this together.

Most problems cannot be solved by a profit-only mindset. Going into the New Year, let’s strive to make work fun, respectful and profitable. Isn’t that a better approach? 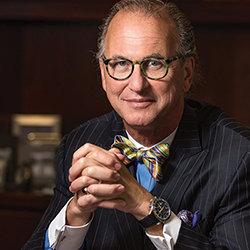