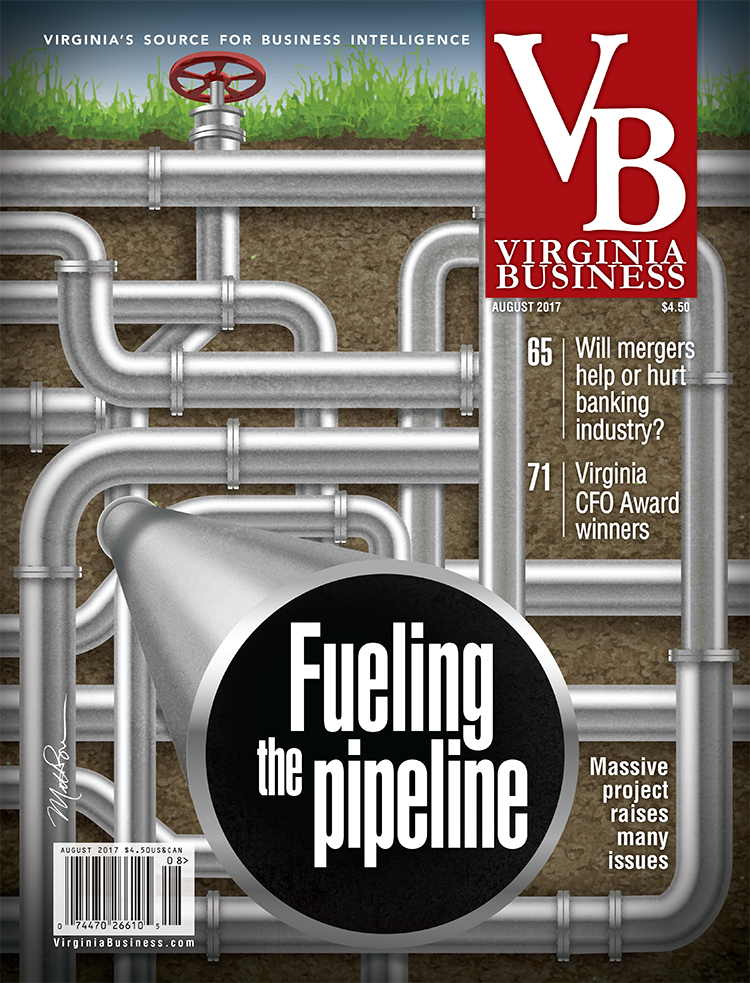 Both pipelines would carry natural gas from West Virginia across Virginia. The $5 billion, 600-mile Atlantic Coast Pipeline would extend into eastern North Carolina while the $3.5 billion, 303-mile Mountain Valley Pipeline would end near Danville.

FERC’s approval had been expected by supporters and opponents of the pipelines. Nonetheless, one of the three FERC commissioners, Cheryl LaFleur, dissented from the majority’s decision, saying she was not convinced the projects served the public’s interest.

The North Carolina Department of Environmental Quality said the project does not meet its standards for erosion and sediment control. The agency has asked the pipeline partners to resubmit the application with additional information within 15 days or to contest the agency’s disapproval and request a hearing within 60 days.

Virginia Business’ August cover story examined support for opposition to the Atlantic Coast Pipeline in the commonwealth. Demonstrators have staged protests from rural Nelson County to the halls of the state Capitol, claiming the pipeline would cause environmental harm to some of the most pristine areas in the commonwealth. Supporters say the pipeline would secure an abundant, affordable source of energy that would create jobs and spur economic development.