The rumors are no more. Northern Virginia has landed half of Amazon's second headquarters and its 25,000 jobs.

The e-commerce giant will locate in National Landing, which includes portions of Pentagon City and Crystal City in Arlington and Potomac Yard in Alexandria. The other half of the headquarters will go to the Long Island City neighborhood in Queens, New York.

Here's what local leaders and groups are saying about the deal.

Arlington Chamber of Commerce: “Amazon's commitment to locate in Arlington will help to alleviate the pressures on our local economy caused by an office vacancy rate that has been elevated for more than a decade by the Base Realignment and Closure (BRAC), the 2008 financial crisis and resulting recession, and federal budget sequestration,” the organization said in a statement. “Their plans to add new jobs in Arlington will help meet the employment needs of the Washington, DC region's growing population and will create new opportunities for our local workforce.”

Del. Lee J. Carter via Twitter (D-Manassas): “Amazon is leaving Seattle precisely because they made Seattle too expensive to live in.  Now Virginia's falling all over itself to have Amazon do the same thing here, and paying them for the privilege!”

Barry DuVal, president and CEO, Virginia Chamber: “This is a historic day for Virginia’s economy. Amazon’s selection of Virginia is a testament to the caliber of our workforce in the Commonwealth and our commitment to keeping Virginia the most business-friendly state in America.”

Gerald L. Gordon, president and CEO of the Fairfax County Economic Development Authority: “Having HQ2 in Northern Virginia will bring important jobs, business diversity and more innovative technology to the area. We look forward to continuing to work with Amazon Web Services to expand its presence here and are excited to collaborate with other innovative companies that will be putting down roots in Fairfax County soon.”

Ted Leonsis, CEO of Monumental Sports and Entertainment and vice chair of the Greater Washington Partnership: “Amazon’s decision to invest here is a big win for the Capital Region – and just the latest proof that from Richmond to Baltimore, we are truly a super-region. We are already a global hub for tech innovation and home to some of the best educated, most skilled workforce in the country. Now, thanks to Amazon’s decision, we all have a great chance to continue to build around our common purpose: making this the best place in the world to live, work, innovate and compete.”

Barry Lynn, executive director of the Open Markets Institute: “Amazon demanded subsidies and terms from cities all over the country, demanded those terms be kept secret, then reneged on its promise to locate thousands of jobs. Amazon is now treating even the biggest of American cities with the same disrespect it shows for the suppliers and the merchants who depend on its website to reach customers.”

Jason Miller, CEO, The Greater Washington Partnership, an alliance of CEOs which seeks to advance economic issues in the region spanning Baltimore to Richmond:  “Amazon's announcement is an incredible win for the Capital Region, and it is an important affirmation of our talent, our diversity, and our incredible potential. It also proves that the unprecedented unity among Maryland, the District, and Virginia sent a loud and clear message that we're all in this together. The announcement is just the beginning. Now we must seize this once-in-a-lifetime opportunity and work together to show the world what an inclusive, unified region looks like. When one wins, we all win.”

Stephen Moret: “I’m grateful to Governor Northam and his cabinet, the General Assembly’s MEI Commission and their staff, Virginia’s university leaders, our amazing local partners, our talented colleagues at VEDP, and many other Virginians for all they have done to make this possible. Virginia’s biggest employment growth opportunity in the years ahead will be in tech – from artificial intelligence to cloud computing to cybersecurity, and everything in between. The tech-talent pipeline investments that Governor Northam and the General Assembly are launching will position communities across the Commonwealth for healthier, more diversified economic growth.”

Our Revolution Arlington and NoVA HQ2 Coalition: “The tax-payer funded subsidy offers made to Amazon by the State of Virginia have been completely hidden, and there has yet to be any opportunity for local community input on this deal. We oppose a massive state gift to a company headed by the world’s richest person. We call upon Amazon, Gov. Northam and County Board chair Cristol to immediately and fully disclose all of the tax incentives, infrastructure improvements and other subsidies that have offered for HQ2.”

Buddy Rizer, director of Loudoun Economic Development:  “We consider this a win for the entire region. Many of Loudoun’s highly educated professionals will join the Amazon workforce, and many of Loudoun’s wine country and other retail and recreation venues will become favorite destinations for Amazon employees throughout the Northern Virginia/DC Metro region. We will continue to market Loudoun County as a world-class location for global businesses like Amazon, and we look forward to making some exciting announcements about new Loudoun companies soon.”

U.S. Sen. Mark Warner: “As a former Governor, now Senator, but also as a former technology executive, I'm really excited about the potential Amazon offers not only to Northern Virginia but the whole capital region and the entire Commonwealth,” Warner said in a statement. “We've seen that major investments like these can bring not only thousands of direct jobs but also lead to job growth in other industries. As we welcome Amazon's new investment in Virginia, we must commit to implementing this announcement in a way that will benefit the whole region and all of the Commonwealth.” 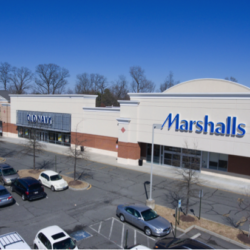