John Philips, president of the Roanoke-Blacksburg Technology Council, has resigned from the post to join Pulaski County-based GALA North America as vice president, RBTC’s board announced Friday. His last day is March 31.

Phillips, who holds degrees from Virginia Tech and Virginia Military Institute, joined RBTC in September 2019. He previously led Virginia Tech’s economic development office and launched the Knowledgeworks program at the Virginia Tech Corporate Research Center. During his tenure at RBTC, the group formed an alliance with the Regional Accelerator and Mentoring Program (RAMP) and the Valleys Innovation Council (VIC) called Verge, which took effect earlier this month.

According to a letter released Friday by board co-chairs Marty Muscatello and Ken Ferris, the RBTC Board of Directors will conduct a search for the organization’s next leader. In a letter to RBTC members, Phillips said he will continue “in a more limited capacity through April” to smooth the transition.

“During our time together, we accomplished many things, including achieving the RBTC’s first grant to grow our region’s technology internships and apprenticeships opportunities, pivoting our programming during the pandemic to continue serving our membership, and creating Verge,” Phillips said in his letter.

GALA North America, with a sales office and production facility based in Dublin, is a branch of the German-based candle and home decor manufacturer GALA Group. The company has about 250 employees in the United States. 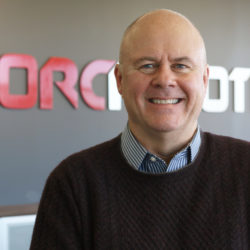