Next step in hypersonic arms race

Raytheon Technologies Corp.’s missile and defense division has received the go-ahead from the Air Force to move beyond the prototype phase and continue development of a new hypersonic cruise missile weapon under a nearly $1 billion contract announced by the Pentagon Thursday.

The Hypersonic Attack Cruise Missile is an air-launched, maneuverable weapon propelled by a scramjet engine that allows it to travel up to five times the speed of sound. The HACM is designed to hold high-value targets at risk in contested environments from standoff distances, the Air Force said in a news release. Under the $985 million contract, Raytheon will design, develop, and ready the missile for integration with fighter aircraft. Work is expected to be complete by March 2027.

“HACM will provide our commanders with tactical flexibility to employ fighters to hold high-value, time-sensitive targets at risk while maintaining bombers for other strategic targets,” Air Force Chief of Staff Gen. Charles Q. Brown, Jr. said in a statement.

Raytheon and Boeing Co., both based in Arlington, and Bethesda, Maryland-based Lockhead Martin Corp. were awarded 15-month contracts in 2021 under the Air Force’s Southern Cross Integrated Flight Research Experimen (SCIFire) to develop air-breathing hypersonic cruise missile prototypes. The United States and Australia teamed up under SCIFiRE in 2020 for the prototype program. As part of the agreement, the HACM’s initial full-system test flights will be launched using Australian infrastructure.

Raytheon’s missile is powered by an engine developed by Falls Church-based Northrop Grumman Corp. A test flight of its weapon in July propelled it for more than 300 nautical miles and reached altitudes higher than 60,000 feet at speeds reaching greater than five times the speed of sound, the Defense Advanced Research Projects Agency said. DARPA is a partner with the Air Force on the project.

The U.S. has been scrambling to catch up with China and Russia in the race to develop hypersonic missiles. Russia last month said it had deployed three Kinzhal, or “Dagger,” missiles in a special military operation in Ukraine, Reuters reported. U.S. intelligence was caught by surprise when China tested hypersonic missiles around the globe in July 2021, according to the Financial Times.

Move will see four of top five defense contractors based in Va. 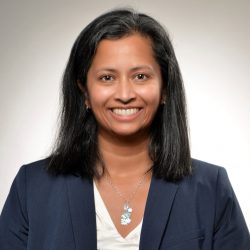