While the contract extension for operation of the sprawling Radford Army Ammunition Plant is reassuring from an economic development perspective, it also has sentimental value to the community.

“The Radford Army Ammunition Plant means a lot to our BAE Systems workforce, but also to the generations of families in our community that have kept the site running since World War II,” says Brian Gathright, vice president and general manager of BAE Systems Ordnance Systems Inc., the federal contractor that operates the plant. It’s a division of Falls Church-based BAE Systems.

BAE’s contract to manufacture military propellants and explosives for the U.S. Department of Defense now extends through 2026 with a ceiling of $1.3 billion.

The U.S. Army announced the extension in July, ensuring continuity at one of the largest employers in the New River Valley. BAE began operating the arsenal in 2012 and oversees about 3,000 employees and subcontractors. The main industrial site sits along the New River in Montgomery and Pulaski counties between the cities of Radford and Blacksburg. A second storage site is about
12 miles away, near Dublin.

“BAE Systems’ dedication, focus and pride remain just the same as the first day we stepped on site to operate the Radford Army Ammunition Plant over 10 years ago,” Gathright says.

That dedication means a lot to the New River Valley.

“Historically, the ammunition plant has been instrumental in developing and establishing neighborhoods and infrastructures here in Radford dating back to the 1950s,” says Kimberly D. Repass, the city’s director of economic development.

Opened in 1941, the Radford plant is one of a handful of government-owned ammunition suppliers still operating. Work on a new nitrocellulose manufacturing facility at the plant began last year, an effort the Army said will transform the Radford site “from a World War II-era plant to a 21st-century installation.” 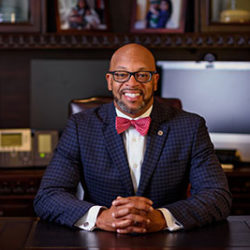