Punching above its weight class

Salem-based Roanoke College is a small school with a big impact on its hometown and its region.

Robert Stauffer, a now-retired Roanoke College economics professor, completed a study in 2008 that gauged the school’s local economic impact at more than $100 million. That figure included $21.5 million in gross wages paid to employees, $18.5 million in local college spending and $756,000 spent by visitors.  Stauffer estimates that the school’s annual impact is closer to $130 million today.

“It’s a big operation,” Stauffer says of the college, which employs nearly 500 people and has about 2,000 students.

His 2008 report, however, notes that many of the school’s contributions to the community are intangible. These intangibles include students’ community service and quality of life benefits offered by the school through education, entertainment and cultural events.

The Roanoke College economic and cultural impact on the region could grow with the completion of the $35 million Cregger Center, the school’s largest-ever capital project.  The Cregger Center, a complex of classrooms and event space, is scheduled to open in August. It will include a performance gym with a 2,500-seat capacity and a 200-meter indoor track, the first of its kind in the Roanoke Valley.

Stauffer says it’s difficult to estimate how successful the center will be, but if used as planned for many events in addition to those already hosted by Roanoke College, it could attract 10,000 visitors a year. Half of those visitors may spend the night in the area, generating an estimated annual economic impact of more than $700,000.

The Cregger Center already has had a substantial economic impact on the area because of the construction jobs it has created. Stauffer estimates that when the center is complete, construction alone will have had an impact of more than $60 million over nearly three years. 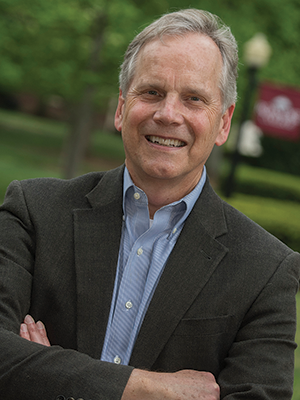 Roanoke College Vice President and Dean Richard Smith says that, while the financial impact of the school on the region is clear, “the more important part is what we do with our students and the kind of education we give them and the position we put them in to go on to acquire well-paying careers and fulfilling careers.”

Smith believes that the broad liberal-arts program offered by the college gives graduates a well-rounded education, a potential advantage in competing for jobs. “[Employers] certainly would like to have students who have entry-level skills so they can move right into a position in their organization or their company, but they’re also looking for students who have a broader set of skills that really are necessary for leadership and management success and so on. These are skills that are right at the core of what we have to offer — critical thinking and writing well and being able to effectively make oral presentations. Our students get really great training in all that,” Smith says.

By the time they graduate, Smith says, nearly all Roanoke College students will have had at least one experiential learning opportunity — such as an internship, undergraduate research, service learning or study abroad. The college also has established mentoring programs through which students are paired with graduates in a field of interest. “We really want to see our students succeed,” Smith says.

Business and health and human performance majors are among the most popular at Roanoke College. These majors include athletic training, health and exercise science, sport management, and health and physical education. The college offers strong programs in biology, chemistry, biochemistry, math, physics, and applied and theoretical computer science. The college is discussing the creation of a humanities-based program that would focus on health care, Smith says. 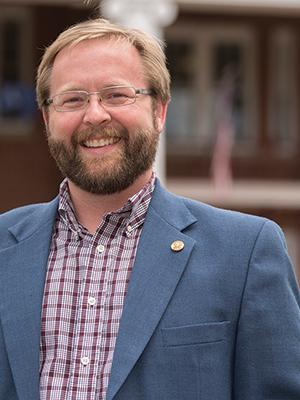 “It brings young people here who are seeking to pursue degrees from all over the world. It brings faculty and sports jobs in our area, and it also is a source [of new ideas]. Its influence on the community is pretty profound,” he says.

Tripp, a 2002 Roanoke College graduate whose wife, brother and sister-in-law also attended the school, notes that most downtown Salem businesses accept the Maroon Card — the Roanoke College student ID, which can be loaded with money. It also serves as a facilities access pass and a meal plan card.

Tripp says Roanoke College has been working closely with the city on efforts to improve the downtown area. Plans are in the works to redo the streetscape on College Avenue “so that it gives us the sort of college-community connection that we deserve,” Tripp says. Set to begin next year, work will involve replacing the sidewalks with the same type of brick used to construct Roanoke College buildings, adding parking areas and installing extra lights that will be strung over College Avenue.

“Having a college right in your downtown, I think that’s one of the reasons our downtown does as well as it does is because you have that sort of vitality of the kids walking around downtown,”  Salem City Manager Kevin Boggess says. 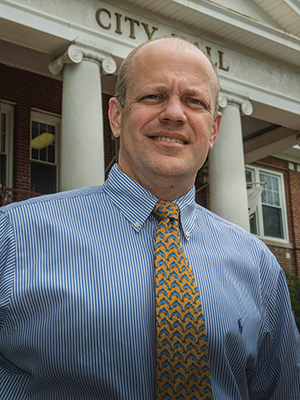 Boggess also touted the potential of the Cregger Center to draw people to Salem. “It’s going to create a whole new venue for the valley that doesn’t really exist in terms of the indoor competition track,” he says. The center could host NCAA tournaments and Virginia High School League events, bringing people into the city who will spend money on lodging and meals.

College spokeswoman Teresa Gereaux says Roanoke College offers many cultural events, including lecture programs, art exhibits theater productions and a performing arts series.  A program called Elderscholar, which has been in place since 1984, offers six-week courses to senior citizens. The Copenhaver Institute program offers summer workshops for pre-K-12 teachers and administrators. And, Gereaux says, students perform a great deal of community service work through partnerships between the school or certain professors and nonprofit organizations and service organizations in the Roanoke Valley.

Caroline Goode, executive director of the Salem-Roanoke County Chamber of Commerce, says Roanoke College supports every major community event sponsored by the organization. “Visitors, college employees and students are consumers to our local downtown businesses, and the college offers many educational opportunities to better the quality of life in our region.”