A Pulaski-based company is poised to go commercial with technology that removes coal ash and other chemical pollutants from the air — extracting chemicals that can be recycled and sold for industrial use.

A team of scientists at Virginia Tech has released a preliminary report confirming proof of concept, MOVA Technologies President Steven Critchfield said last week, and the final report is expected in about two weeks.

Named Project Revolution, the panel-bed filtration system absorbs fly ash particles, nitrogen oxide, sulfur oxide and carbon dioxide from coal-fired chimney stacks at plants. Captured chemicals could then be sold to manufacturers to be used for other purposes, including producing paper, dyes, cement and fertilizers.

MOVA has worked closely with Virginia Tech’s College of Agriculture, chemistry department and mechanical engineering department, where Joseph Meadows was principal investigator for the proof of concept report, which was released June 29. According to the report, “the Virginia Tech team believes that a successful POC was achieved,” meaning that the system captures gaseous pollutants.

The report was expected four or five months ago, Critchfield said, but the COVID-19 pandemic slowed the process, cutting off the last week of testing at Tech’s Advanced Propulsion and Power Lab. Because MOVA started at Virginia Tech, some of its patents will benefit the university, Meadows said.

Meadows and his colleague, Virginia Tech chemical engineering professor Steve Martin, found that the system’s absorption of nitrogen oxide and sulfur oxide “were very promising,” Meadows said Monday. He added that the prototype, which was produced by Lynchburg-based TruCut Fabricators, could use some additional work but that the overall process of converting pollutants into components that industries could reuse “could be revolutionary.”

Over the past year, Critchfield and his colleagues at MOVA have “kept our cards close” about the project, filing patents and raising nearly a million in investment dollars mostly from Virginia-based backers, as well as receiving a grant from Herndon’s nonprofit Center for Innovative Technology.

Once the final proof-of-concept report is released, MOVA’s next move is to apply for commercial permits. The company has already started seeking land in Southwest Virginia for a new manufacturing facility, and Critchfield expects to produce “hundreds” of fabrication jobs that would pay $30-$40 an hour, while MOVA’s corporate headquarters will remain in Pulaski.

Critchfield says he expects to raise about $2 million to $3 million in investment funds, “including what partners will commit,” and he expects the facility to open in about two years.

Critchfield also envisions working with Dominion Energy Inc., Smithfield Foods and other companies that have clean energy objectives. For instance, at Eastern Shore poultry plants the filters could capture ammonia, methane and hydrogen, removing those pollutants from the air (and, consequently, the Chesapeake Bay) to be recycled into natural fertilizer, Critchfield said.

“Imagine the power of catching all that.” 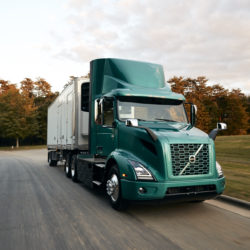 Customers are not due refunds