The partners are two of the stakeholders of the newly formed Partnership for Regional Prosperity, which aims to expand on the region’s reputation for economic development partnership.

The group’s formation is the outcome of a recommendation from the 2019 Regional Economic Development Strategic Plan, which was jointly funded by Danville, Pittsylvania and the Danville Regional Foundation in 2018.

Representing the public and private sectors along with community organizations, the seven members of the steering committee were appointed by Danville City Council and the Pittsylvania Board of Supervisors. They are Monday; Clark Casteel, president and CEO of the Danville Regional Foundation; Danville City Manager Ken Larking; Angela Hairston, superintendent of Danville Public Schools; Tommy Mathena, president of the Center for Pediatric Therapies; Anne Moore-Sparks, president and CEO of the Danville Pittsylvania Chamber of Commerce; and Telly Tucker, president of the Institute for Advanced Learning and Research.

“The goal, ultimately, is you have this regional thinking group,” says Casteel.

Casteel and Monday point out that
$1.1 billion of investment and 4,000 jobs have sprung up in the region since 2018. They want to build on that success.

“We have some real momentum and [are] making real progress, and we think more is on the horizon,” Casteel says.

But with more growth comes challenges. Over time, the region’s industries have changed.

“Since the closing of Dan River Mills and the decline in the tobacco industries, our region has worked hard to rebuild its economy and we’ve seen tremendous progress,” Larking says. “I believe our community needs to refocus its energy on how to best manage the change that comes from growth. We are confident that our area is poised for significant change. Planning for that change will produce the best outcome.”

Monday agrees. “The region has come a long way since the demise of furniture and textiles,” he says. “The area could have rolled over and played dead, but instead the community leadership chose to do something about it and we’re seeing dividends of that at the present.” 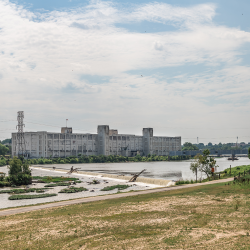 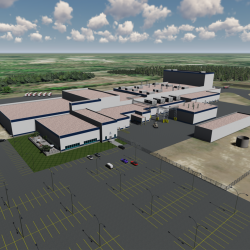 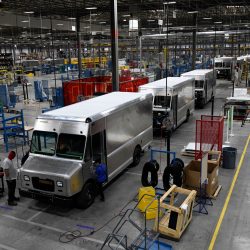