The company will undertake adaptive reuse of a vacant 11,500-square-foot warehouse in the Woolen Mills District near downtown Charlottesville. The new cidery, which will have a $900,000 capital investment, will create eight jobs, triple production capacity and purchase an additional 1.5 million pounds of Virginia-grown apples over the next three years.

Potter’s Craft Cider was established in 2011 as one of the commonwealth’s first hard cideries. During the pandemic, the cidery pivoted to wholesale distribution. The cidery has a tasting area at Neve Hall, a former Episcopal church built in 1924. Sales grew 30% and the cidery’s market presence expanded up and down the east coast.

The expansion, Edmond said, will allow the company to grow into several new markets, specifically Florida and Georgia, where they plan to launch in the fall. The hard cider is currently available in Virginia, Tennessee, South Carolina, North Carolina, Maryland and Washington, D.C. It can be ordered online and shipped to 38 states. 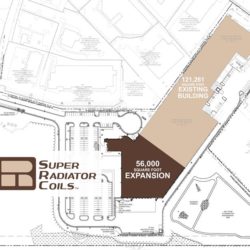 Up to 50 more jobs expected