Potomac Yard Metro station set to open in May 2023

Alexandria station was supposed to open in 2022

After more than two decades of planning, Alexandria’s Potomac Yard Metro station has a finalized opening date — May 2023 — according to the Washington Metropolitan Area Transit Authority, which announced its plans Tuesday.

The station, Metrorail’s 98th in the Washington, D.C., region, was originally set to open in spring 2022. It will serve the area of the Virginia Tech Innovation Campus and be close to Amazon.com Inc.’s HQ2 campus in Arlington, filling in the space on the Blue and Yellow lines between the Ronald Reagan Washington National Airport and Braddock Road stations.

“While delayed longer than expected, it is exciting to start the countdown to opening Potomac Yard station for our customers,” Metro Board Chairman Paul C. Smedberg said in a statement. “By adding this infill station to the Blue and Yellow lines, we are anchoring Potomac Yard as a hub for employment, education, housing and recreation.”

Metro said the work to connect the new station and tracks with the existing system finished Nov. 5, and as of Tuesday, station construction is 90% complete. After completion, the station must be approved by Metro, the fire marshal and city of Alexandria code inspectors. The Washington Metrorail Safety Commission must also approve the station after simulation, and then the station can open for passenger service.

The city of Alexandria initiated the project and, with private partners, invested $370 million. In 2018, Potomac Yard Constructors was awarded a $213.7 million contract to build the station, but both the contractor’s delayed deliveries and a train safety problem that Metro accepted blame for caused the station’s opening to be postponed from April 2022 to September 2022, and now May 2023.

According to Metro, the station is expected to generate billions of dollars in new private sector investment over the long term and eventually support 26,000 new jobs and 13,000 new residents.

“We are excited to have an opening in sight for Potomac Yard station,” Metro General Manager and CEO Randy Clarke said in a statement. “Our team, the city of Alexandria and contractors are working hard to complete the station, and we look forward to providing new transit service to this rapidly developing area.”

In November, the $3 billion Silver Line extension to Loudoun County opened for service, after a four-year delay. 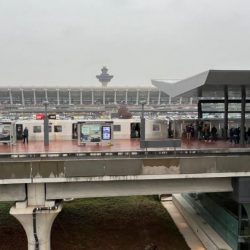 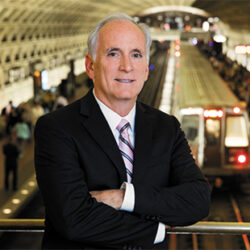 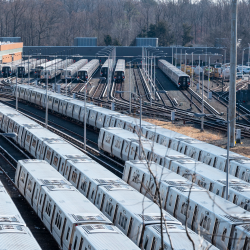