After nearly three years as Norfolk’s city manager, Douglas L. Smith is shifting his focus to the entire region as the newly installed president and CEO of the Hampton Roads Economic Development Alliance.

A former deputy city manager for Virginia Beach and Portsmouth, Smith took the reins of HREDA from interim president and CEO Steve Herbert in September. However, he’s not a newcomer to Hampton Roads’ leading economic development marketing organization, having served as vice chairman of its board of directors.

The Portsmouth native’s experience and knowledge of the region make him ideally suited to lead the Alliance, says Brian K. Skinner, chief banking officer for TowneBank and chairman of HREDA’s board. “Doug is uniquely positioned to serve us in this role. He knows our Hampton Roads region better than anyone and is the perfect candidate for where we want to take the Alliance long term.”

Long focused on recruiting new businesses, HREDA now emphasizes business retention and expansion, after a 2018 assessment reported a lack of enterprise growth and job creation during the past decade.

“Attracting investment from outside the region is important,” Smith says, “but it’s only a piece of what needs to happen. Real job growth involves existing businesses and helping companies that are already here to expand. If we do those things well, we should be able to generate 80,000 to 100,000 new jobs over the next 10 years.”

HREDA aims to attract and retain companies in several sectors, including shared services, information technology and advanced manufacturing, with a focus on transport technologies, food and beverage processes, and distribution and logistics.

“We think we have a competitive advantage,” Smith says, noting that the Port of Virginia, military bases and tourism will always be Hampton Roads’ economic pillars. “They are our strengths and what attracts certain industries to this market. The challenge is to add to those pillars and diversify the economy.”

Smith calls the 11 HREDA member localities’ unanimous approval of an economic development memorandum of understanding with the alliance last spring “a watershed moment for the region. The business community, local government and economic development officials are aligned in a desire to work together in a way I’ve never seen before. They’re starting to understand that economic development occurs at a regional level with no regard to political jurisdictions. That is really exciting.” 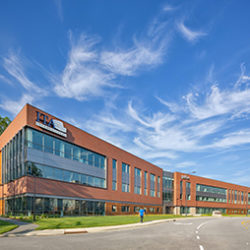