Currently the market leader of corporate banking for the Greater Washington, D.C., and Greater Maryland markets sections of PNC, Johnson will assume his new role on Aug. 1.

Bynum has been promoted to chief corporate responsibility officer, a new position for PNC, which also starts on Aug. 1.

Both Johnson and Bynum will be based out of PNC’s Washington, D.C., office.

Johnson joined PNC in 2005 after working with Bank of America and GE Healthcare Financial Services. He currently serves on the board of directors for the Greater Washington Board of Trade and has been an audit committee member for the March of Dimes.

Bynum has been with PNC for more than 15 years. In his new role, he will oversee community affairs, corporate social responsibility, community development banking and diversity and inclusion initiatives. He will also be responsible for implementing the company’s $1 billion commitment to end systematic racism and support African American and low-income communities, a goal the company announced in mid-June.

“In this new role, [Bynum] will drive meaningful change that will allow us to even better serve our communities and strengthen PNC as a whole,” PNC CEO William S. Demchak said in a statement. “Though we are proud of the work PNC has done to date to drive economic empowerment and racial equality, we know we must do more at this pivotal moment, and I am confident that Richard will be instrumental as we accelerate our progress.”

He earned his bachelor’s degree in political science from Florida State University and his master’s degree in business administration from the Kellogg School of Management at the Northwestern University. 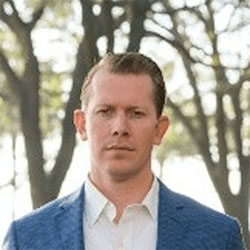 Wilson previously was chief credit officer and was the company’s first lender in 2016.