At the site of what was once a Burlington Industries textile mill in Hurt, Staunton River Plastics is building a 250,000-square-foot manufacturing facility.

Burlington Industries, once known as Klopman Mills, closed its plant there in 2007. “To see this come back alive is so critically important to the community,” Green says. “That was the largest employer in the area.”

Hurt Mayor Gary K. Hodnett notes that the estimated $34 million project is expected to bring about 200 new jobs to the area, slightly fewer workers than had been employed by Burlington Industries.

“It means so much to the town to rejuvenate the local area,” Hodnett says. People in Hurt who lost their jobs when the mill closed took jobs in Danville and as far away as Greensboro, North Carolina, he adds. “This will pull labor like a magnet back to Hurt.”

Hodnett is chairman of the Staunton River Regional Industrial Facility Authority — a joint partnership between Pittsylvania County, Danville and Hurt that is redeveloping the industrial park.

Staunton River Plastics is a wholly owned subsidiary of Rage Corp., an Ohio-based plastics manufacturer that produces products used in the health care and beauty industries.

Staunton River Plastics will manufacture parts for a long-term contract with a Fortune 500 company, according to a company news release.

Advantages to the Hurt location, according to Green and Hodnett, include railroad access and proximity to a Rage Corp. plant in nearby Altavista. The Altavista facility opened in 2004 and the company announced $2 million-plus expansion there in 2018.

The Staunton River Plastics project was announced in May 2020; it is estimated that it will be finished by early 2022. A groundbreaking ceremony was held for the project in mid-July. 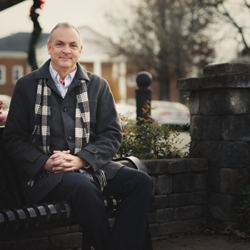