SHENANDOAH VALLEY
Eastern Mennonite University named three new academic deans, all of whom started their new positions this fall. David Brubaker is now dean of the School of Social Sciences and Professions; Sue Cockley is dean of the School of Theology, Humanities and Performing Arts; and Tara Kishbaugh is dean of the School of Sciences, Engineering, Art and Nursing. All three have worked at EMU for more than a decade. Also, Andrew Miller, who has taught at EMU since 2012, is the new director of EMU’s MBA and M.A. programs in organizational leadership, taking over for Brubaker. (Press release)

Kimberley G. Bolger has joined Heritage Wealth Advisors in Richmond as the senior director for client services and operations. She previously worked at Wachovia, SunTrust and in higher education at the University of Richmond. (Richmond Times-Dispatch)

Virginia Beach City Manager David L. Hanse resigned following criticism of the city’s response to a mass shooting in its municipal offices. Hansen stepped down in August almost three months to the day after a city employee opened fire on colleagues, killing 12. The gunman was then fatally shot by police. (The Washington Post)

The Chrysler Museum of Art in Norfolk has named Allison M. Taylor its director of education and Heather Sherwin its director of development. Taylor was the head of education and community engagement at Washington University’s Mildred Lane Kemper Art Museum in St. Louis. Sherwin previously served as vice president of advancement at the Central Carolina Community. (VirginiaBusiness.com)

NORTHERN VIRGINIA
Mike Salvino has been named president and CEO of Tysons-based DXC Technology, a Fortune 500 IT services company. Salvino succeeds Mike Lawrie, who has served as DXC’s chairman, president and CEO since the company’s formation in 2017. Lawrie will retire as DXC’s board chair on Dec. 31. Salvino most recently served as a managing director at Carrick Capital Partners, a private equity firm focused on the technology sector. (VirginiaBusiness.com) 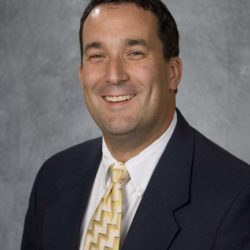