Mekbib Gemeda, named vice president of diversity and inclusion, a newly created post at Eastern Virginia Medical School, Norfolk. Gemeda was the assistant dean for diversity affairs and community health and director of the Center for the Health of the African Diaspora at New York University School of Medicine. (News release)

W. Taylor Reveley III, president of the College of William & Mary, received the Virginia State Bar Leadership in Education Award. Reveley was honored for his long-standing efforts in the field of legal education. (News release)

Lori Henry, given the 2012 Employee of the Year award by the First Bank in Strasburg. (Northern Virginia Daily)

The New Market Area Chamber of Commerce has announced its board of directors for 2013. President is Cathy Wittig-Donald; vice president is Dominique Armentrout. The rest of the board is made up of Terri Linski, Tanya Rosenberry, Tom Constable, Susie Hill, Karla Kokkonen, Velma Jordan, Judy DeLaughter and Kathy Boyles. (Northern Virginia Daily)

Dustin Haberer, promoted to sous chef at the Institute for Advanced Learning and Research conference center in Danville. Haberer will oversee operations at MegaBytes in the Cyber Café, as well as the catering department. (WorkItSoVa.com)

Richard T. Hite Jr. of Kenbridge, named to the Virginia Tobacco Board. Hite is the owner and manager of Hite Farm. (News release)

South Boston Mayor Ed Owens, named Business Person of the Year by the Halifax County Chamber of Commerce. He is the owner of the Ed Owens Agency in Halifax.  He is a member of the Virginia Tobacco Indemnification and Community Revitalization Commission and serves on the board of the Southside Business Technology Council. (WorkItSoVa.com)

Ralph D. Badinelli, professor of business information technology in the Pamplin College of Business at Virginia Tech, named the Ralph Medinger Lenz Professor in Business by the Virginia Tech Board of Visitors. (News release)

Thomas Hou, professor of electrical and computer engineering at Virginia Tech, is the steering committee chairman of the Institute of Electrical and Electronics Engineers’ Conference on Computer Communications. (The Roanoke Times)

Richard C. Maxwell III, an attorney with Woods Rogers PLC, Roanoke, has been named a fellow of the American College of Bankruptcy. (News release)

Lori Thompson, LeClairRyan, Roanoke, elected to the board of governors of the Virginia Bar Association.  (The Roanoke Times)

Danfeng “Daphne” Yao, assistant professor of computer science in the College of Engineering at Virginia Tech, has received a three-year, $450,000 grant from the Office of Naval Research (ONR) for research on cyber security. (News release)

Former North Dakota Sen. Kent Conrad, named to board of directors, Genworth Financial Inc., Richmond. Conrad was the Democratic chairman of the Senate Budget Committee before retiring in January. He served in the Senate for 26 years. (VirginiaBusiness.com)

W. Mark Crowell, executive director of U.Va. Innovation and associate vice president for research at the university, received the Association of University Technology Managers’ 2013 Bayh-Dole Award, given in recognition of his efforts to promote intellectual property activities on behalf of the university and nonprofit community. (News release)

Pulmonologist Dr. Nancy E. Dunlap, named interim dean of the University of Virginia School of Medicine. Dunlap has been physician-in-residence at the National Governors Association Center for Best Practices in Washington, D.C. She succeeds Steven T. DeKosky, who announced his resignation in October to teach full time. (Daily Progress)

Jean Giddens, named dean of the Virginia Commonwealth University School of Nursing, effective June 30. Giddens is professor and executive dean of the College of Nursing at the University of New Mexico. (VirginiaBusiness.com)

Terrence L. Graves, inducted as a fellow of the American College of Trial Lawyers. Graves is a shareholder and group leader of the casualty & coverage litigation group at Sands Anderson PC, Richmond. (News release)

Mike Scyphers, promoted to chief information officer at Markel Corp., Glen Allen. Since joining the company in 2009, Scyphers had been the technology lead for Markel Wholesale. (RichmondBizSense.com)

Cindy Clare, president of Kettler Management in McLean, has been elected secretary of the National Apartment Association. (VirginiaBusiness.com)

Ric Edelman, chairman and CEO of Edelman Financial Services based in Fairfax County, has been named Virginia’s No. 1 financial adviser by Barron’s in its “2013 Top Advisors Rankings by State.” (VirginiaBusiness.com)

Jonathan Levin, named provost of the University of Mary Washington, Fredericksburg. Currently, he serves as dean of the college of liberal arts at Drew University in Madison, N.J. Levin will begin work on June 25. (News release)

Mitchell Nason, of Stafford, reappointed to the board of trustees of the Virginia Retirement System. Nason is a firefighter for the Prince William Department of Fire and Rescue. (News release)

Ramu Potarazu stepped down as Reston-based Vubiquity’s CEO on April 1. He’s now vice chairman of Vubiquity’s board of directors and venture partner at Columbia Capital. (VirginiaBusiness.com) 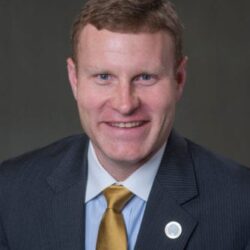 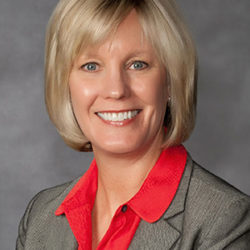