At HHHunt, President Dan Schmitt leads an employee-focused culture that he says is fueling the company’s growth

If there’s anything Daniel T. Schmitt could change about himself, it would be this: “To be shorter when I got on airplanes,” jokes Schmitt, who stands 6 feet, 7 inches tall.

Schmitt put that height to good use as a basketball player at Randolph-Macon College in Ashland where he learned the value of teamwork. “That team principle was profound for me,” says Schmitt, president and COO of HHHunt Corp., one of Virginia’s largest real estate development and management companies. HHHunt has operations in four states (Virginia, Maryland, North Carolina and South Carolina) and 1,874 employees.

Schmitt’s approach is “almost like a coach,” according to Buck Hunt, the company’s vice chairman and CEO. “He pumps up the team.”

A native of Minnesota, Schmitt joined the company at age 29 as a project manager, after working in commercial land development with a focus on self-storage. By 1990, he was spearheading the development of Wyndham, a large master-planned community in Henrico County that included 3,200 homes and a 135-acre commercial park. “It’s something I am very proud of today,” he says.
The company’s other master-planned communities include Wellesley, Twin Hickory, Charter Colony and Rutland, all in the metro Richmond area.

Schmitt became president in June 2013 in what was the first succession plan in HHHunt’s history. The family-owned company was founded by Harry H. Hunt III in Blacksburg 51 years ago after he saw a need for more student and faculty housing.

While Schmitt has risen through the ranks, he says he “never felt ready for that next role. It seems like I have always been pushed into a role that seemed to be beyond my ability, but I am pretty competitive.”

A self-acknowledged overachiever, Schmitt learned that he could outwork people if he put forth the effort. “You don’t have to be the smartest, but if you treat people right and work hard, that is the magic,” he says. “For me that has been the foundation of my success.”

For Schmitt, treating people right means a “people-first philosophy. My role is to make sure we have the right people in the right place and that they have the right environment to succeed.”

He says the employee-focused culture that Schmitt and other company leaders crafted over four years ago is helping to fuel HHHunt’s rapid growth. The company pays 100 percent of employees’ health care, provides tuition reimbursement and offers a wellness program.

Earlier this year Professional Builder magazine recognized the firm as the seventh-fastest growing private home building company in the country, based on sales from 2014 to 2016. The company ranked as the 79th largest builder in the nation, with the closing of more than 600 units and annual gross revenue of $197 million from its homebuilding division in 2016.

Currently, the company — with split headquarters in Blacksburg, Richmond and Raleigh, N.C. — has four new apartment projects underway, four new senior living communities completed or underway and three new master-planned communities in the works. Under new-home construction, there are seven communities in Raleigh, five in Williamsburg and 20 in Richmond. All together, that’s about $500 million of new construction in the pipeline.

Residential housing is bouncing back, says Schmitt.  “Four to five years ago we were building 275 to 300 homes a year. This year 750 homes are scheduled,” with the majority of them in the Richmond area.

Each year HHHunt reinvests 90 percent of its profits in the company. “That’s been in place since day one, and that is rock solid for us,” says Schmitt. “We’re not only reinvesting in new projects but also in our people. We are putting more money back into the company to make us better.”

Family: Four adult children, ages 22 to 27.
Hobbies: Road and mountain biking.
Favorite author: David McCullough. His summer read: “The Wright Brothers.”
Bucket list: To go to Italy. “I am going this fall.”
Biggest fear from a business perspective: Becoming uninspired.
How do you want to be remembered? “As somebody who made a difference.”
A personal quirk: “I like to play practical jokes on people.
Funniest moment: “Last April Fools’ I put duct tape on the bottom of everyone’s mouse  … Everybody was in the halls saying their computer didn’t work. I didn’t tell them all day that I did it. I was laughing all day. 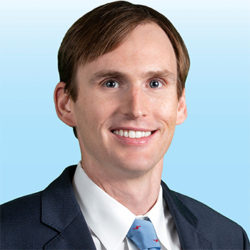