The Virginia Chamber of Commerce has elected Dennis Treacy, president of the Smithfield Foundation, as chairman of its board of directors. Treacy has served in leadership roles with Isle of Wight County-based Smithfield Foods since 2002. (VirginiaBusiness.com)

SHENANDOAH VALLEY
Dwight Buracker has been named partner by PBMares LLP. Based in the firm’s Harrisonburg office, Buracker has 15 years of public accounting experience. (News release)
Delegate C. Todd Gilbert (R-Mount Jackson) has been elected the next majority leader of the Virginia House of Delegates.  He succeeds Delegate M. Kirkland “Kirk” Cox (R-Colonial Heights) who will become the next house speaker after the retirement of William J. Howell (R-Stafford). (The Shenandoah Valley-Herald)

Greater Augusta Regional Chamber of Commerce CEO Linda Hershey will retire in June after serving 15 years with the organization. Hershey’s involvement in the community is extensive, including service on boards like the Virginia Chamber of Commerce Executives, Shenandoah Valley Workforce Development and Mary Baldwin University.  She recently completed a term on the Wilson Workforce & Rehabilitation Foundation board. (Augusta Free Press)

Jonathan A. Noyalas, a 2001 graduate of Winchester-based Shenandoah University, has been named director of the university’s McCormick Civil War Institute. Noyalas taught for 14 years at Lord Fairfax Community College in Middletown. (The Northern Virginia Daily)

Ken L. Quaglio has been elected to the board of directors of Edinburg-based Shenandoah Telecommunications Co. (Shentel). Quaglio is CEO and president of Reston-based Siteworx LLC, a digital marketing consultancy. (VirginiaBusiness.com)

John Fishwick has announced the formation of a new law firm, Fishwick & Associates PLC. Joining him as associates are Monica Mroz and Laura Wagner. (The Roanoke Times)

Elizabeth R. “Beth” Pline, who has been serving as lead project director for the integration of the Virginia Tech Carilion School of Medicine into Virginia Tech, has been named senior director of administration and integration. In her new position, Pline assumes responsibility for the medical school’s human resources, facilities and other administrative functions to foster a smooth transition from Carilion Clinic to Virginia Tech. (News release)

Lutheria Smith was named a new associate with Draper Aden Associates. She serves as the director of human resources in the firm’s Blacksburg office. (The Roanoke Times)

Don Taylor, Charles O. Gordon Professor of Industrial and Systems Engineering and interim dean of the College of Engineering at Virginia Tech, will become the university’s first vice provost for learning systems innovation and effectiveness. (The Roanoke Times)

NORTHERN VIRGINIA
Dan Allen, chairman and CEO of Reston-based government IT and management services firm Serco Inc., said he plans to retire by the middle of this year. The company said a search will begin for candidates when Allen steps down. (Washington Business Journal)

Stephan Cassaday, president and CEO of McLean-based Cassaday & Co Inc., again has been named the top Virginia financial adviser in Barron’s annual ranking of “Top 1,200 Advisors: State by State.” Cassaday has been No. 1 on the Virginia list for three of the past four years. (News release)

David S. Mercer, a principal of Alexandria-based MercerTrigiani, has been installed as president of the Virginia Bar Association. Mercer succeeded James Patrick Guy II of LeClairRyan in Richmond as VBA president. (VirginiaBusiness.com)

Marymount University has named Marianne Ward-Peradoza, a longtime faculty member and administrator at Loyola University Maryland, as dean of the Marymount School of Business Administration in Arlington County. She succeeds the current dean, James Ryerson, who has returned to classroom teaching. (InsideNoVa.com)

Newport News-based PBMares LLP, an accounting and business consulting firm, has named Neena Shukla a partner. Shukla, a CPA, has more than 14 years of public accounting experience and works in the firm’s Fairfax office. She leads the firm’s government contracting team. (VirginiaBusiness.com)

SOUTHWEST VIRGINIA
The Bland County Board of Supervisors has elected Nick Asbury chairman for this year. Randy Johnson was elected vice chairman. Asbury last served as chairman in 2011. (SWVAToday.com)

The leadership of the Smyth County Board of Supervisors did not change during its annual reorganization in January. Wade Blevins was re-elected chair and Todd Dishner remains vice chair. Michael Carter continues serving as clerk and Assistant County Administrator Scott Simpson remains deputy clerk. (SWVAToday.com)

SOUTHERN VIRGINIA
Chase City native     Mary Frances Allen     won a Grammy award in February for Best Children’s Album, “Infinity Plus One,” with artist Secret Agent 23 Skidoo. Mary Frances and her husband, Lee Allen, co-wrote and recorded the album in Asheville, N.C. This was their second nomination for a Grammy. (SoVaNow.com)

Boys & Girls Clubs of the Danville Area CEO   Faith Stamps   has been selected to participate in a yearlong leadership development program called the Leadership Summit. The program will begin in May and include a collaborative educational experience designed by Harvard Business School Executive Education and Boys & Girls Clubs of America. (Work It, SoVa)

Reed Smith LLP has named Edward A. Mullen as the law firm’s managing partner of the Richmond office. Mullen succeeds S. Miles Dumville, who had served as office managing partner since 2013. Dumville will continue his commercial litigation practice. (VirginiaBusiness.com)

Richmond-based Tredegar Corp. announced that George A. Newbill will retire from the board of directors at its shareholder meeting in May. Newbill has been on the board since 2008. Tredegar also announced that the board has appointed John M. Steitz to the board. He will be up for election by Tredegar’s shareholders at the company’s annual meeting in May. Steitz is president and CEO of Addivant Corp. (VirginiaBusiness.com)

Henrico-based Colortree Group Inc. LLC has named Terry Manis as CFO. Manis has more than 25 years of global/manufacturing experience, most recently as vice president of finance and accounting for Quibca Holdings, a  manufacturer based in Italy. (Henrico Citizen) 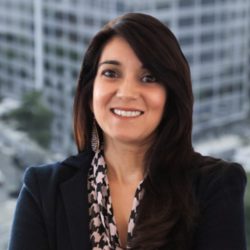