Gordon Robertson, his son, to take over

Pat Robertson, founder of the Virginia Beach-based Christian Broadcasting Network, announced Friday that it was his last day as daily host of “The 700 Club,” on the show’s 60th anniversary broadcast. His son, Gordon P. Robertson, will take over as full-time host, the 91-year-old TV evangelist said.

Robertson, one of the most famous television preachers in the country and a significant figure in the Christian Right movement and the Republican Party, started “The 700 Club” in 1961 as the flagship program of his television network, known as CBN, founded in 1960. He plans to focus on teaching at the Christian private college Regent University, which he founded in 1977 in Virginia Beach, Robertson said during the show. He is chancellor and CEO of the university.

Gordon Robertson has served as CBN’s president and CEO since 2007, and he previously started an Asian outpost of the network, which broadcasts Christian programming. He has long co-hosted the show with his father, as well as stepping in as solo host on occasion.

Pat Robertson, a Lexington native, has frequently stoked controversy on “The 700 Club,” which claims to reach 1 million viewers worldwide each weekday, often using his pulpit to denounce LGBTQ people, Muslims, liberals and feminists. According to Robertson’s statement Friday, he will appear on a “monthly, interactive episode” of the show, answering viewer emails and occasionally discussing international affairs. 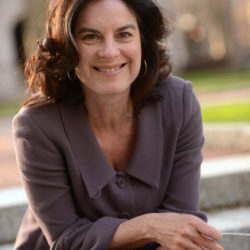