Jon Moretta joined the company in 2016

Moretta joined Parsons in 2016 and most recently served as the industrial market leader in the company’s critical infrastructure business segment.

Under his leadership, Parsons’ industrial business managed the world’s largest mine closure and reclamation projects at the Giant Mine in Canada’s Northwest Territories and Faro Mine in Canada’s Yukon Territory, along with environmental remediation programs around the world, according to a news release from Parsons, which employs more than 16,000 people in 24 countries.

“Jon is a proven performer in driving organic growth and leading the company’s environmental sustainability practices,” Carey Smith, president and CEO of Parsons, said in a statement. “Under his leadership, Parsons has thrived in diverse markets by deploying creative solutions and innovative technologies for customers in utilities, mining, water and wastewater, healthcare and pharmaceuticals, and within state and federal government organizations. His technical depth and experience in leading complex programs and organizations will guide our engineered systems team to continued success as we help our customers create the future.”

Moretta takes the place of Chris Alexander, who will retire after nearly 20 years with Parsons. 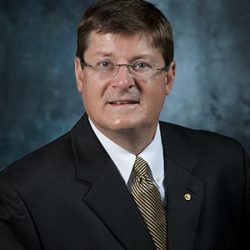