Harrington, who will continue on the board as executive chairman after his retirement, has served as CEO for 13 years and joined Parsons in 1982 as an engineer, performing contract work on classified projects for the federal Energy and Defense departments.

“Leading and transforming Parsons into the technology company we are today has been one of the greatest honors of my life, and I know the company is in great hands,” Harrington said. “After nearly 40 years, I’m proud of the company we’ve built, humbled by the amazing people I’ve had the pleasure of working with, and pleased that the accomplishments we’ve achieved will deliver a better world.”

Before joining Parsons, Smith was president of Honeywell’s defense and space business unit, and she also held several executive positions at Lockheed Martin. She holds degrees in electrical engineering from Syracuse University and Ohio Northern University, and Smith serves on the board of Edison International, as well as on boards for three nonprofits, including the Professional Services Council, for which she serves as vice chair and on its executive committee.

“I’m honored to be chosen by the board as Parsons’ next chief executive,” Smith said in a statement. “It’s a privilege to lead this exceptional, high-integrity company and to build on Chuck’s legacy. He has always put our customers’ missions and our employees’ and shareholders’ interests first, and I look forward to continuing to work with Chuck in his role as executive chairman, as well as the rest of the board and Parsons team. Most importantly, I’ll continue our commitment to our core values and to leading our highly engaged employees as they develop advanced technology solutions that deliver on our customers’ critical missions.”

Established in 1944, Parsons specializes in defense, intelligence, security, and infrastructure engineering. It employs more than 16,000 workers in 24 nations. Last month, the company announced it has landed a 10-year information technology contract from the Defense Intelligence Agency potentially worth $12.6 billion. 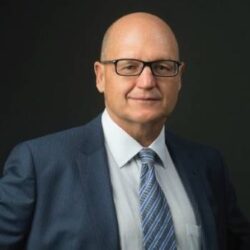