PAE Inc., a Falls Church-based government contractor, has appointed Charles Peiffer as its interim president and CEO starting Friday, March 19, following the resignation this week of John Heller, who had led the company since 2013.

Heller, who joined PAE from Engility Corp., resigned as president and CEO for personal reasons, according to PAE. During his tenure, PAE grew from $1.6 billion in annual revenue to $2.76 billion. It made several purchases that have expanded its offerings for national security customers, and the company also went public in early 2020 through its own acquisition by a special purpose acquisition company, or SPAC.

According to the company’s filing Monday with the Securities and Exchanges Commission, Heller “submitted a letter resigning from his position as President and Chief Executive Officer of PAE Incorporated for personal reasons. Mr. Heller’s letter provided that his resignation is effective on March 19, 2021. Mr. Heller’s resignation was not due to any disagreement with PAE Incorporated on any matter relating to its operations, policies or practices.” In late-day trading Wednesday, the company’s stock was down 8%.

PAE will start a formal search process for a permanent CEO, it said in a news release Wednesday.

“On behalf of everyone at PAE, I want to thank John for his contributions and for helping to guide PAE to this point,” Marshall Heinberg, chairman of PAE’s board of directors, said in a statement. “During his tenure, PAE has grown into a leader in delivering mission-critical services to the U.S. government and international partners, with a global workforce of nearly 20,000 employees dedicated to providing the essential services our clients need to tackle some of the world’s toughest challenges. John’s efforts culminated in PAE becoming a publicly traded company last year, and we wish him well in his future endeavors.”

Heinberg added that Peiffer “has been a valuable member of the PAE team since he joined in 2014, and we are fortunate to have a leader of his caliber and experience to step into the president and CEO role on an interim basis while the Board conducts its search process.” 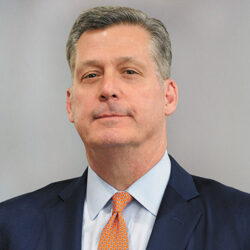