Home Other Multimedia out & about OUT & ABOUT SEPTEMBER 2022 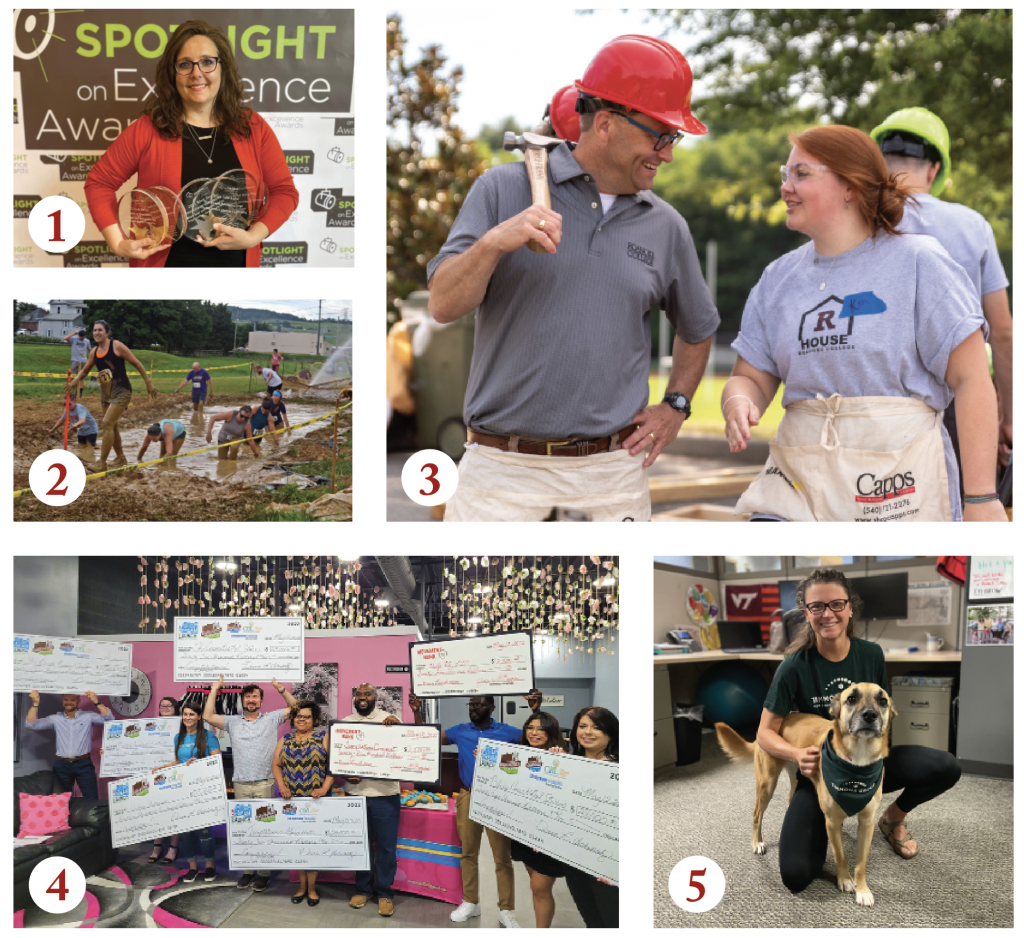 1. Casey Hollins, Rappahannock Electric Cooperative’s managing director of communications and public relations, accepted Spotlight on Excellence Awards in August from the Council of Rural Electric Communicators and the National Rural Electric Cooperative Association on behalf of REC’s communications and public relations team.  2. Competitors struggle through the 4-mile “The Muddler,” hosted by the town of Dayton and the Harrisonburg Police Foundation, on Aug. 6. Photo by Scott Sellers  3. Roanoke College President Frank Shushok and student Kennedy Swineford chat in early July at the summer orientation site for the R House project, in which students build a house in partnership with Habitat for Humanity in the Roanoke Valley.  4. L to R: Adam Jones, Ashlyn Tickle, Tiffany Swanson-Jones, Sebastian Steele, Carnesha Fuller, Jermaine Fuller, Alan Plummer and Maria and Gabriela Blair won more than $140,000 combined in River District Association Dream Launch grants in May to open or expand brick-and-mortar businesses in Danville. (Plummer did not participate in Dream Launch but received a Catalyst Grant.)  5. Jessica Slagle poses with her pooch during Timmons Group’s Take Your Dog to Work Day in late June in Richmond.