Home News Industries On the mend

“The last two years have been some of the most challenging times for nurses in our lifetime,” says Cassie Lewis, chief nursing and quality officer for Bon Secours’ Hampton Roads market. “No one has an overabundance of nurses,” she notes, but Bon Secours was able to hire 150 nurses during a three-month period earlier this year. As of August, its job vacancy rate had dropped by 25%, compared with the prior six months.

“All my metrics are moving in the right direction,” Lewis says.

To keep metrics positive, though, hospitals, like just about every other business in America, have had to increase pay substantially, with merit raises, bonuses and cash rewards now an expected — even standard — part of compensation. In the past two years alone, for example, Sentara Healthcare says it has invested $310 million in covering the added costs of attracting and keeping health care workers.

A big chunk of such investments has gone toward benefits. Among numerous upgrades, Sentara now offers its nearly 30,000 workers a paid personal day, which 2,500 employees already have taken. It also has instituted a program that pays as much as $400 a month toward student loans, with more than 3,000 employees now enrolled.

With 9,500 employees, Riverside Health System has added a personal day and started a child care subsidy. It also offers money toward college, a benefit that has “been very well received,” says Jesse Goodrich, the health care system’s senior vice president of human resources. And at Bon Secours, which employs about 11,500 people in Virginia, paid parental leave has quadrupled from two weeks to eight weeks, and nurses are given a huge say in which facility they work at, a policy change that has received “an overwhelmingly positive” response, Lewis says.

With Virginia hospitals having lost some nurses during the height of the pandemic to better-paying travel nursing jobs or lower-stress private practices, competitive compensation is key to hospitals staying staffed — but so is listening to employees, executives say.

Goodrich notes that Riverside regularly surveys employees to “find the pebbles in their shoes.” Goodrich and Lewis insist that creating a positive workplace — even more than pay or benefits — is what ultimately attracts and retains employees.

“Health care is all about relationships,” says Goodrich, while Lewis says that “money is not what any nurse is in the business for.”

Aside from patient-level staffing, the three health systems have made some changes at the top. Most notably, in September, former Sentara Health Plans President Dennis Matheis succeeded Howard P. Kern as Sentara Healthcare’s new president and CEO. In September, Bill Downey announced he would step down as CEO at the end of 2022, with Dr. Michael Dacey, president and chief operating officer, succeeding Downey on Jan. 1. Allan Parrott, former CEO of Tidewater Fleet Supply LLC, was elected chair of Sentara’s board in June. And last fall, Pat Davis-Hagens came from Bon Secours Mercy Health’s The Jewish Hospital in Ohio to serve as Bon Secours’ Hampton Roads market president.

Riverside Behavioral Health Center’s emergency department is set to open in Newport News late next year, and in Williamsburg, the hospital system has broken ground on a 67,000-square-foot medical office building.

The system’s largest undertaking, though, will be Riverside Smithfield Hospital, a project anticipated to cost $100 million. Construction of the 50-bed acute-care hospital in Isle of Wight County is expected to begin this fall, with an opening date of late 2025 or early 2026. 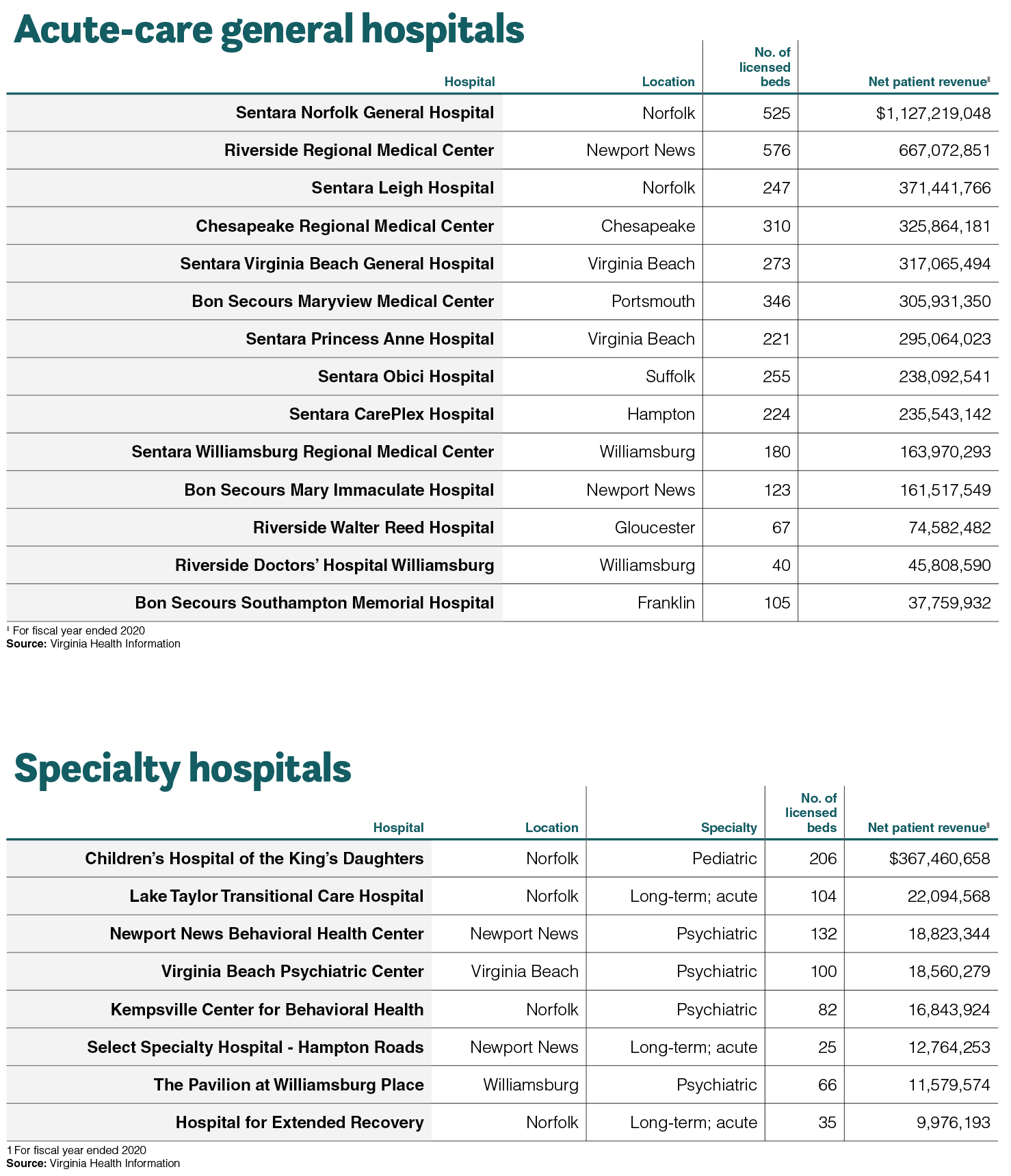 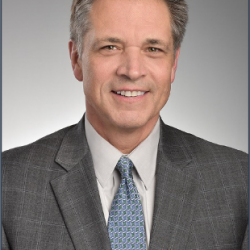 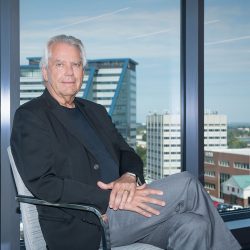