Home News Industries On the line

In the shadow of controversy, VMI marches forward

“VMI is at a crossroads. As the world around VMI changes, the Institute must evolve or risk becoming irrelevant.”  — One Corps – One VMI: A Unifying Action Plan

The rhythmic marching of the long lines of cadets, the stark outline of the barracks against the sky, the small-town atmosphere of Lexington, population 7,300
— they all contribute to a feeling that nothing ever changes at VMI, which was founded in 1839 and is the nation’s oldest state-supported military college.

But the hard truth is that VMI, which enrolled 1,652 cadets this academic year, is again undergoing another one of the seismic changes that has marked its history over the past half century:

1968: VMI is the last public college in Virginia to integrate.

1990: The mandatory commissioning policy requiring a cadet to accept a commission for active military duty upon graduation is abolished.

1997: VMI admits female cadets for the first time, following a long court battle to keep them out.

June 2021: An independent, state-ordered report finds evidence of “a racist and sexist culture” at the university.

“VMI is no stranger to change over the years, but in each and every instance, the changes have made us better,” says VMI’s superintendent, retired Army Maj. Gen. Cedric Wins, who was appointed as VMI’s first Black superintendent in April 2021.

Wins had served as interim superintendent since November 2020 and spent his first several months on the job in listening sessions assessing VMI’s culture, policies and procedures.

His appointment as interim superintendent came soon after Gov. Ralph Northam, himself a VMI graduate, announced an investigation into allegations of racism at VMI that stemmed from exposés published by The Washington Post and The Roanoke Times.

While past acts of racism have occurred at VMI, Wins says that charges of “institutional racism” at VMI are not supported by the facts.

The university notes that:

Female cadets make up approximately 12% to 17% of each incoming class.

Wins says the conversations he had during his listening sessions with cadets, including women and cadets of color, offered him a broader perspective on VMI’s culture.

“One of the [insights] I got from the women in the corps, many of whom are leaders in the corps, is the value they place on the experience of VMI not being different for them than it was for their male counterparts,” Wins says. And students of color, he adds, told him they value the close bonds they form with their fellow cadets, regardless of their socioeconomic backgrounds.

“People appreciate the uniqueness of this small school,” Wins says, “and what it brings in those areas.”

Wins, who spent 34 years in the military, seems to have been preparing for the superintendent’s job his whole life, although he never sought it.

He grew up in a military household. His father was an Army enlisted man who served in World War II, the Korean War and Vietnam and who became a police officer and later a U.S. marshal following his retirement. His mother was a civil servant who worked at the U.S. Government Publishing Office.

After turning down a basketball scholarship at the U.S. Naval Academy, Wins — a 6-foot-3-inch guard — accepted a scholarship to VMI and completed his career as the fifth-leading scorer in VMI’s history.

During his Army career, Wins held many leadership and staff assignments, including in the Headquarters Department of the Army and the Joint Staff at the Pentagon. Prior to his retirement, he served as the first commanding general of the U.S. Army Combat Capabilities Development Command.

Wins says his parents taught him to work hard and set goals for himself. “VMI is second only to that set of teachings I received, in terms of how it influenced me to be the person I am,” he says.

So, when VMI alumni and officials reached out to him after former VMI Superintendent J.H. Binford Peay III resigned, Wins told them he was happy to help “steer the ship and navigate VMI.”

That has meant leading an effort to foster a more diverse VMI and to develop a more inclusive environment across the college.

Among the steps VMI has taken are reforms to the school’s student-run honor court. According to an investigation by The Washington Post, Black cadets made up around 43% of honor court expulsions between 2017 and 2020, despite accounting for only about 6% of VMI’s cadet population. Changes include enlarging the size of student juries and allowing pro bono attorneys to represent cadets accused of honor code violations, which can include cheating, lying and theft.

VMI also has begun minimizing its association with the Civil War and with the Confederate iconography that long had permeated its campus. Most notably, a statue of Confederate Gen. Stonewall Jackson, who had been a VMI professor, has been removed from campus, and Jackson’s name was erased from the main entrance to the old VMI barracks. Additionally, an annual parade honoring VMI cadets who died fighting for the Confederacy in the Battle of New Market has been renamed the Memorial Parade and recognizes all alumni who “died on the field of honor.”

Wins also hasn’t been afraid to take on alumni who have dismissed such efforts as supporting critical race theory — a social academic movement to explore the causes of systemic racism that has come under fire from conservative Republicans nationwide, including new Gov. Glenn Youngkin.

In January, Wins posted on a VMI Facebook group page, disputing critical comments made by a 1976 VMI alum on a Richmond radio show, saying that it was “categorically false” that VMI was teaching critical race theory.

Wins also took exception with the alum’s criticism of VMI seeking $6.1 million from the General Assembly to address issues brought up in the state investigation. The funding would go toward a variety of initiatives and positions, including establishing Title IX and diversity offices and hiring three admissions counselors focused on underrepresented populations at VMI.

The alum, Carmen D. Villani Jr., a retired airline pilot from Texas, later posted that he and Wins had spoken and found some “common ground.” Villani wrote, “Changes to preserve/enhance the VMI Experience should be strived for. I believe the best way for that to occur is if we place our focus on our common bond, not our differences; equality/ability, not equity; [and] inclusiveness based upon ‘content of character.’”

“In the 1940s,” Bryan says, “the great historian Arnold Toynbee said the chief characteristic of the state of Virginia is its reluctance to change. And that applies as much if not more to VMI. I think it takes a while for many VMI alums to realize that it’s a different world out there and you have to change and adapt where you can or you’re going to become increasingly ossified.”

Bryan is one of a long list of notable VMI graduates. The college’s alums include governors, U.S. senators, 11 Rhodes scholars, a Nobel Peace Prize winner (Gen. George C. Marshall) and the most decorated Marine in history (Lt. Gen. Lewis “Chesty” Puller). Actors Dabney Coleman and Fred Willard were both VMI graduates, and the college can also lay claim to filmmaker Mel Brooks, who never matriculated at VMI but trained there for 12 weeks during World War II.

The college has the largest ROTC program in the country and has produced a long line of Army generals and as well as leaders in other branches of the military service.

VMI’s enrollment hasn’t suffered from press stories about racism and sexism accusations, he says, and although some questions came in when “the story first started to take hold,” there have been no negative comments during recruiting sessions.

Whitmore says that his experience has been that students are well-informed about VMI before they apply for admission. “VMI is not where someone applies on a whim,” Whitmore says.

Cadets routinely fall out for calisthenics, march and take agility and stamina tests that include running on hilly terrain and maneuvering through an obstacle course. Every cadet must complete four years of ROTC to earn their degree.

And, of course, the fabled VMI “Rat Line” puts new cadets through a crucible of shouted orders, walking at rigid attention along a prescribed route whenever they are inside barracks.

New cadets call each other “brother rats,” and VMI says it’s a process that creates lifelong bonds because the cadets have to depend on one another to make it through the rigors of the Rat Line.

If student life hasn’t changed much at VMI, its footprint has a little, with a variety of projects under construction, includinga $44.2 million Aquatic Center next to the Corps Physical Training Facility; the
$43.2 million renovation of Scott Shipp Hall; and a $19.3 million renovation to VMI’s library.

Perhaps more noteworthy, though, are the ongoing cultural changes at VMI. In May 2021, the college hired its first chief diversity officer, Jamica Love. She holds a doctorate in higher education administration and a master’s in counseling psychology from Northeastern University in Boston.

Love, whose parents were born in Alabama, says her father often counseled her “never go to the South,” and some of her friends in Massachusetts, where she has spent her adult life, were worried about racism in Virginia. “And I said, ‘What, like we don’t think they have racists in Massachusetts?’” Love says she was surprised to be selected by VMI, but she knew immediately “it was a place you can go and really be needed.”

She has offered diversity training on campus to cadets and staff and in the Lexington community, where she has met with members of the Lexington Police Department.

VMI cadets, Love says, have been overwhelmingly positive about diversity training, where she’s been asked about everything from the meaning of the Confederate flag to race relations. She says exercises to help cadets “understand their own identity” and interact with their peers have been an important part of her work.

As if to put an exclamation point on VMI’s efforts to become a more diverse community — appointing its first Black superintendent and first diversity officer — the Corps of Cadets now has its first female regimental commander.

Some cadets complained anonymously about her appointment on a social media app, according to news reports, but 22-year-old Kasey Meredith says her promotion to VMI’s top cadet was about hard work, not checking a box.

“It’s easy to look at it from an outside perspective and say, ‘Wow, this worked perfectly,’ put the pieces together and make it look like VMI was doing the right thing,” says Meredith, whose mother served four years in the Navy and an additional two years in the Army reserves.

As for Meredith, she’s joining the Marines after graduation, she says, “because I wanted to do the toughest thing for myself.”

America’s oldest state-supported military college, VMI was founded in 1839 in Lexington. It also has the nation’s largest ROTC program. The college admitted its first Black cadets in 1968. Following a U.S. Supreme Court decision, women were admitted in 1997, making VMI the last U.S. military college to enroll women. Approximately 50% to 60% of graduates take a commission in armed forces, and about 18% make the military a career.

VMI’s 200-acre campus consists of 59 buildings, many of which date to the 19th century. Its Old Barracks is recognized as a national historic landmark. VMI also owns several off-post properties, including McKethan Park — the site of the VMI observatory — the New Market Battlefield State Historical Park, the Jackson House Museum and the adjoining Davidson-Tucker House in downtown Lexington.

1 Includes room and board and quartermaster charges.
Statistics are based on fall 2021 data. 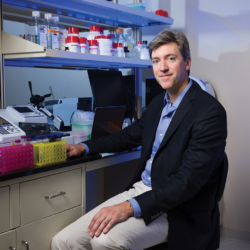