Old Dominion University has appointed Kenneth B. Kahn as dean of its Strome College of Business, effective Sept. 1.

He succeeds Jeff Tanner, who served as dean for eight years.

“Please join me in thanking Dean Jeff Tanner for his outstanding service and extending our best wishes on his retirement and welcoming Dean Kenneth Kahn to ODU,” Austin Agho, ODU’s provost and vice president for academic affairs, said in a statement.

Prior to joining Cleveland State, Kahn was associate dean of Virginia Commonwealth University’s School of Business and a marketing professor. He also served as inaugural executive director of the VCU da Vinci Center for Innovation for cross-disciplinary collaboration.

Before joining VCU, Kahn held leadership and faculty positions at Purdue University, The University of Tennessee and Georgia Tech.

Kahn has written three books on product planning and forecasting and edited “The Product Development and Management Association (PDMA) Handbook on New Product Development.” In spring 2021, Stanford University included him on its Top 2% Most Cited Researchers in the World list. He has published more than 50 journal articles.

Before joining moving into academia, Kahn was an industrial engineer and project engineer for Weyerhaeuser Co., a Seattle-based timberland corporation, and was a manufacturing engineer for Respironics Inc., a Pennsylvania-based medical supply company that is a subsidiary of Philips. 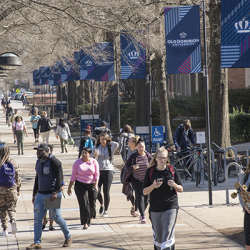