Appalachian Community Capital, a Christiansburg-based community development financial institution that provides capital for small businesses across the Appalachian region, will receive an additional $10 million investment in the form of a low-interest loan from the Ford Foundation, the New York-based nonprofit announced Wednesday.

The Ford Foundation initially invested $3 million in ACC in 2015. ACC raises capital for 32 member CDFIs and other mission-based lenders that use the capital to fund small businesses and entrepreneurs in underserved Appalachian areas. Its members and their affiliates manage more than $1 billion in assets.

“Unequal access to financial resources that results in a lesser quality of life and little chance for economic advancement is a plague in our country whether it affects rural Appalachia or urban areas,” Roy Swan, Ford Foundation’s director of mission investments, said in a statement. “Appalachian Community Capital is upending this trajectory in rural America, and we’re proud to support ACC’s critical work to improve economic opportunity and advance a more equitable future for its residents.”

To date, ACC has deployed $26 million in leveraged debt and $5.5 million in grants to finance 110 small businesses that have helped create or retain more than 2,000 jobs, almost half of which are filled by low-income people. The Ford Foundation’s investment is expected to attract additional private sector capital and support the financing of 400 small businesses that would create 1,000 jobs.

ACC serves the Appalachian region as defined by the Appalachian Regional Commission — 423 counties across 13 states, from southern New York to northern Mississippi, including 25 counties in Southern and Southwest Virginia. The region’s median household income is 82% of the national average — $53,546, compared to $64,994, according to the ARC. 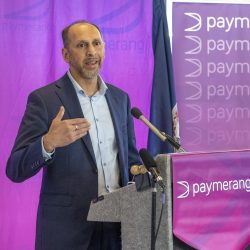