In the Northern Virginia Association of Realtors’ mid-year forecast released Friday, a panel of real estate experts predict a continued tight market for single-family homes and higher residential prices in the second half of the year, but the market appears to be normalizing from last year’s heights.

“This year, the mid-year update is particularly relevant as the effects of the pandemic subside with vaccine rollouts,” Terry Clower, director of George Mason University’s Center for Regional Analysis and professor of public policy, said in a statement. “While there is still uncertainty regarding the future of the pandemic, the housing market seems to be stabilizing after several months of atypical behavior — strong sales in mid-winter, price increases not seen since the boom of the early 2000s, and unusual weakness for prime location condos.”

The report covers Fairfax and Arlington counties, as well as the cities of Alexandria, Fairfax and Falls Church. Single-family residences are expected to see the largest price increases in the fall and winter of 2021, with a 16.4% year-over-year rise in Arlington, 8.6% in Fairfax and 7.4% in Alexandria at year’s end. Townhouse prices are predicted to rise by 6.8% in Fairfax and 3.5% in Alexandria, but the panel of experts expects a 2.4% year-over-year decrease in Arlington — although those prices will still be elevated due to shortage of housing. The decrease reflects the unusually strong market late last year, NVAR reports.

Condos are expected to be less volatile than other housing, with price increases ranging from 1.6% to 3.3%.

As for inventory, there are more condos expected to go on the market later this year, with active listings expected to range from 561 to 640 in Fairfax, 360 to 429 in Arlington and 180 to 216 in Alexandria. Townhouse inventory is expected to decline but remain relatively steady the rest of the year.

Northern Virginia Realtors saw a 58% increase, or nearly $1.5 billion, in the amount of real estate sold in September 2020 compared to the same time period in 2019, according to the NVAR’s report released last October.

“Investing in a Northern Virginia townhome is likely as close to a sure thing as you can get in real estate,” Clower said in Friday’s report. 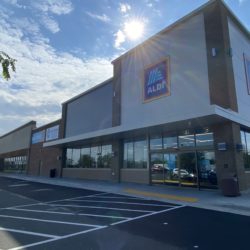