Contracts are for satellites, sensors

Falls Church-based Fortune 500 defense contractor Northrop Grumman Corp. has been awarded two contracts worth nearly $200 million to complete projects for the Navy, according to a March 31 Department of Defense announcement.

One contract, worth more than $98 million, calls for providing materials, including sensors, assemblies and battery kits to support the Navy’s Large Aircraft Infrared Countermeasures systems, which defend aircraft against surface-to-air infrared missiles. Northrop Grumman will integrate the systems, which counter missiles with a high-intensity laser beam, for Navy, Marine Corps, Army and Air Force aircraft, according to the Pentagon.

Another $99.6 million contract calls for the design, procurement, development, testing and integration of hardware and software of satellite communications equipment for Relay Ground Station-Asia, located in Guam. The work will enable continued operations of early missile warning and missile defense satellites and sensors. Work is expected to be complete by March 31, 2027. 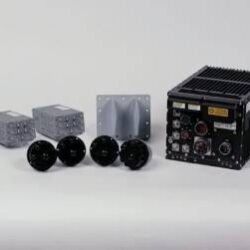 Systems are to be used on aircraft by Army, Navy and Marines 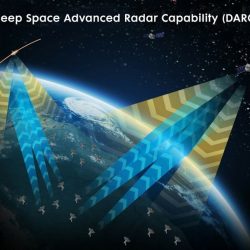 The all-weather, 24/7 deep space radar is expected to be completed by 2025