He reflects on Medicaid expansion, Amazon and priorities for 2019 session

Less than a year into his four-year term as governor, Ralph Northam already can point to some big accomplishments.

At the end of a prolonged 2018 General Assembly session, he signed a budget that expanded Medicaid, ending a five-year battle to provide health coverage to an additional 375,000 low-income Virginians. As of late November, 117,000 people already had signed up for the program, which kicks off Jan 1.

“That’s a big deal,” Northam says.  “As a physician, I believe that we all should have access to seeing a provider, because we’re all going to have a day when we don’t feel well or we’re sick.”

Northam also helped the commonwealth land Amazon’s coveted second headquarters, a deal that has garnered praise and some criticism. After months of anticipation, the giant internet company announced plans in November to split the headquarters project between Northern Virginia and New York City, bringing more than 25,000 jobs and $2.5 billion in investment to each region.

Virginia offered an incentives package worth more than $1.8 billion but only up to $550 million would go directly to Amazon, based on its job-creation performance.The rest is going to workforce development and education initiatives as well as transportation and infrastructure improvements. Still, detractors say Virginia is offering too much to one of the wealthiest companies in the world. Northam, however, is standing by the state’s proposal, which still must be approved by the General Assembly.

“Over 70 percent of our commitment is in those areas that invest in Virginia, rather than Amazon,” he says, adding that the incentives that go directly to the company are contingent on the number of jobs and salaries it creates. “We’re in a very competitive world right now. They were looking at 240 sites. If you’re going to be at the table, you have to put a competitive package there and that’s what we were able to do.”

Providing highly skilled workers for Amazon and other companies is one of Northam’s top legislative priorities.

“One doesn’t necessarily have to go to a four-year college to get a well-paying job, so we’re putting a lot of emphasis on certification programs and apprenticeships at community colleges,” and vocational training at the high-school level, he says.

Northam also is focused on making improvements to the state’s transportation system. “We’ve already made plans to spend a little bit over $2 billion to expand I-81,” he cites as an example. “Now the discussion needs to ensue of how we pay for that.”

Northam also wants to expand access to broadband, especially in rural parts of the state. He says the lack of access is one his pet peeves since it impacts business growth and education.

The governor also would like the commonwealth to rely more on renewable energy. He’s aiming to have 3,000 new megawatts of renewable energy available by the end of his term, enough to power 750,000 homes. “We’re making a lot of progress with both solar and wind,” Northam says. “We’re going to do all that we can to wean ourselves away from fossil fuels.”

Northam discussed these legislative priorities and more during an interview in late November at his office in the Patrick Henry Building in Richmond.  Below is an edited transcript of the conversation.

Virginia Business: I wanted to start talking about Amazon, of course. When were you notified that we had landed the deal? What was your reaction?
Northam: We had been working on this since the previous administration, when [Amazon] had announced that they were looking for a second home. There were about 240 sites in the country. It was very exciting to finally hear that we had been chosen as No. 1, obviously, sharing [the headquarters] with New York. … The exact date of the announcement was on a Tuesday. … We were notified at three o’clock the day prior. They really did a good job keeping their cards close to their chest. We had had discussions as far as what our commitment was to Amazon. As we got closer to the announcement, it started a buzz with some of the real estate groups up in Crystal City, but I wasn’t told until the day before we announced it.

VB: When did you know it was going to be split in two?
Northam: That discussion started about six to eight weeks prior to the announcement.

VB: What’s your take on the incentives [offered to Amazon]?
Northam: Our commitment to Amazon is very innovative. I would also describe it as modest and disciplined. It really focuses on three areas. The first is workforce training. Whether it’s Amazon or any other company that’s looking to come to Virginia, I’ve heard so often from companies if we can help train the workforce, that’s really what they’re looking for. If you think about it, our economy right now [is doing well] and our unemployment rate in Virginia is at 2.9 percent, which is the lowest it’s been in over 10 years. With that comes challenges in that companies start competing for talent. It’s very important to be able to train the workforce.

The third area that’s not talked about a whole lot is affordable housing. Obviously, a lot of the jobs that are coming with Amazon are very well-paid jobs, $150,000 or more with benefits. They realize, and I think understand, that individuals that are teachers, first responders, they want to be able to live close to where they work. We have a commitment from Arlington and then from the state. Over 10 years we’ll have about $225 million that goes into affordable housing. That’s really the commitment that we put on the table. The other thing I would say that makes our package a bit unique is it’s performance based. That means that we don’t spend any of our resources until those jobs are in place.

VB: [In November, we saw Democrats gain a majority in the U.S.] House of Representatives. Do you think that’s going to continue into the state elections next year?
Northam: I do. We saw a lot of enthusiasm and energy in Virginia in 2017 when I ran. Not only did we pick up all three statewide seats of governor, lieutenant governor and attorney general, but we also picked up 15 new seats in the House of Delegates. That’s a message that the voters are giving, that they want people that have vision, that are problem solvers, that have a moral compass and that tell the truth. We saw that in ‘17, we just saw it in ‘18.

We picked up three new [Virginia] seats in Congress. We went from four Democrats to now seven. The three [seats] that we picked up are all  [now held by] women. There is a lot of enthusiasm with women across Virginia. You’re seeing that across the country right now. I do think that you’ll see that continued energy go into 2019. In 2019 all 140 seats in the legislature are up, so 100 delegates and 40 senators. Right now, we have 21 Republicans and 19 Democrats in the Senate, and 51 Republicans and 49 Democrats in the House. I think you’ll see some more seats change in ‘19.

VB: What’s your take on the legalized sports betting in Virginia? Would you sign that bill if it came across your desk?
Northam: That’s a great question. Just to historically put things in perspective, this past year legislation was introduced and was signed by me to restart horse racing in Virginia at Colonial Downs, which is in New Kent County. With that came betting machines. We have had to provide regulations and [determine] how many betting machines will be in Virginia. Now, there’s a lot of discussion for casinos. [There’s a proposal to start a casino in Bristol.] The Pamunkey Indians are interested in starting a casino … so we need to deal with that.

Then we have sports betting … There have been a couple of legislators that have already introduced legislation for sports betting. I’m open-minded to it. I’ve always had the opinion that everything in moderation — I think we need to gather more information. The different agencies that control some of these types of gambling are in different silos. We need to bring those together.

We need to have discussions if we do, for example, sports betting. Should it be controlled or overseen by the lottery? I’m going to support probably looking at a person or maybe an outside vendor that could come in and answer some of the questions that we have, so that we could plan and do this, if we do it, responsibly in Virginia.

VB: In the past you’ve been a proponent of decriminalization of marijuana. What’s your take on legalizing marijuana for recreational use?
Northam: I would stick with decriminalizing it. That would certainly be the first step. There are far too many people’s lives that have been ruined by getting arrested and convicted of possession of marijuana, for example. That’s part of criminal justice reform. We really need to look at that.

Also, there are a number of potential medicinal uses for marijuana. We’ve taken some steps in Virginia. We started by using what we call cannabidiol oil for intractable epilepsy. This past year, we introduced and passed legislation to be able to use the cannabidiol oil for other medical disorders.

One of the biggest reasons to decriminalize marijuana is so that we could properly study it. Now it’s a Schedule 1 [drug along with heroin and LSD]. That prevents a lot of the good research that could be done. That would need to be changed at the federal level, but once that’s done, we can certainly do the research, collect data and use what I would call evidence-based medicine to see who and what disorders it would work for. Those reasons are why I would say that we would like to decriminalize it. As far as legalizing it, I don’t think Virginia is ready for that. They’ve done that in some other states with some mixed results, and I would certainly want to follow what has happened in other states before we take that step. 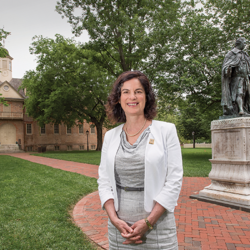