Northam seeks clarity on unemployment rules as shutdown drags on

This week, Northam’s office announced it was seeking clarification from U.S. Secretary of Labor Alexander Acosta on whether furloughed federal employees who are working without pay can be considered “unemployed” under state regulations. If they do not have that status, these workers would not be eligible to receive unemployment benefits during the shutdown, which numbers 34 days on Thursday.

Virginia is home to nearly 177,000 federal workers, about 64,000 of which are affected by the shutdown, according to Northam’s office. In a statement, the governor said that unemployment benefits would help workers who are expected to miss a second paycheck on Friday.

Meanwhile a number of companies and nonprofits are offering relief to struggling workers.

On Wednesday, Alexandria-based United Way Worldwide announced it had created the United for U.S. Fund to benefit federal workers, contractors and others impacted by the shutdown. The global nonprofit said 100 percent of donations to the fund would be distributed to local United Ways serving communities with a large percentage of people affected by the shutdown.

Other examples of businesses offering to help abound. Here is a sampling: 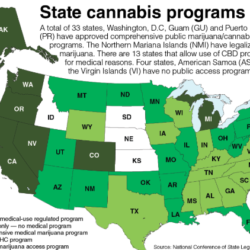