Norfolk’s Military Circle Mall will close by the end of the year to make way for its demolition in the first quarter of 2023.

The decision to close the mall came after Norfolk Economic Development Authority members toured the aging facility on Wednesday, Norfolk Economic Development Director Jared Chalk told Virginia Business. EDA members voted to approve the closure during a meeting held at a vacant mall storefront. The decision comes as the city is in “early negotiations” with a development team that includes Grammy-winning performer and Virginia Beach native Pharrell Williams, to redevelop the property into Wellness Circle, a $1.1 billion mixed-use community, Virginia Business confirmed with Venture Realty Group, which is co-developing the project. While the city has not made a formal decision, Venture Realty Group said it’s the only team that has received a proposed letter of intent.

Divaris Real Estate Inc., which manages the mall, began notifying tenants about the impending closure on Wednesday, Chalk said. He estimated the mall has about 90 retail tenants left, almost all of which have been on short-term leases since the EDA purchased the mall in 2020.

“We felt like notifying them in the summer that it would be end of the year would allow them really to spin down inventory and really make a plan and that was why we kind of went ahead and said let’s do it, instead of waiting closer to the date, was to make sure that the tenants had time to relocate,” Chalk said.

Divaris will work with tenants to try and keep as many in Norfolk as possible, he added.

Two other development teams, including groups connected with Virginia Beach hotelier Bruce Thompson and Pro Football Hall of Famer Emmitt Smith of Dallas Cowboys fame, submitted competing proposals for the project. The city returned $100,000 deposits made by each of the three developers in June, citing the amount of time it has taken the city to choose a developer, according to The Virginian-Pilot.

In May, five Norfolk officials, including Mayor Kenny Alexander, traveled to Texas to tour an arena built by Oak View and to negotiate with the company about the Wellness Circle project, The Virginian-Pilot reported in late July. The trip was announced and Alexander traveled and toured the facility separately to avoid triggering open meeting rules. 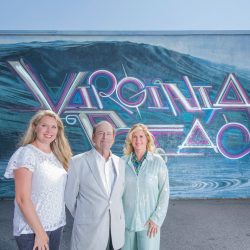 Placemaking focuses on people and design 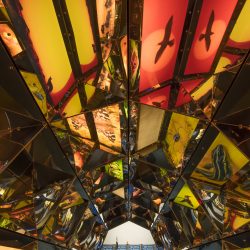