Norfolk-based Norfolk Southern Corp. (NS) is moving its Roanoke distribution center and locomotive shop operations to Pennsylvania, the company announced Tuesday, affecting a total of 104 employees in the Roanoke Valley area. The Fortune 500 rail transportation company will move those jobs and its associated work to Altoona, Pennsylvania, with 19 clerical positions eliminated.

Roanoke’s 85 mechanical employees will have the option to transfer to the Juniata Locomotive Shop in Pennsylvania and will be eligible for relocation benefits. It is expected that affected employees will continue working at the distribution center through April 18 and at the locomotive shop through May 18.

NS has seen a 22% reduction in its locomotive fleet since the end of 2018, which in turn reduced the volume of maintenance and repair required to operate safely. The company experienced a 48% decline in coal tons shipped since 2008, and the company says additional declines are to be expected.

Despite the closure of its Roanoke Locomotive Shop, NS will continue to employ 650 people in the Roanoke Valley.

NS has been in the Roanoke area for more than 130 years and operates in 22 states. More than 900 people in Roanoke are employed by NS, including the 104 impacted by the Roanoke distribution center and locomotive shop closures.

Norfolk Southern is in the process of moving its corporate headquarters from Norfolk to Atlanta. The company plans to finish the transition to Atlanta by the third quarter of 2021, moving into a two-tower headquarters complex currently under construction in Midtown Atlanta’s Technology Square. 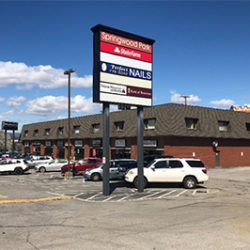