The communications equipment manufacturer will expand its operations by constructing a new manufacturing facility next to its current location at 1336 Ballentine Blvd.  Tabet was founded more than 60 years ago and developed the first wafer-style switches for use on U.S. Navy ships.

“Tabet Manufacturing Co. is a longtime contributor to the Hampton Roads economy, producing vital communications equipment for our armed forces,” Northam said in a statement. “The company’s Norfolk operation continues to thrive, supported by the region’s significant military presence and the ability to recruit and retain top talent. We are honored that Tabet has decided to reinvest in our commonwealth, and we look forward to their continued success.”

Virginia competed with Georgia, North Carolina and South Carolina for the project.

“We are excited to make this investment and continue growing our operations in the Hampton Roads area,” Tabet Manufacturing President Jeff Jaycox said in a statement. “The area is strategically located to serve our customer base and has the necessary infrastructure for us to conduct business in a competitive manner. We have also been able to develop a strong supply chain utilizing vendors throughout Virginia.”

The Virginia Economic Development Partnership (VEDP) worked with the city of Norfolk and the Hampton Roads Alliance to secure the project for Virginia. The Virginia Jobs Investment Program (VJIP) will provide consultative services and funding to Tabet.

“The diversity of Tabet Manufacturing’s growing customer base speaks to the value of its custom, precision-manufactured products,” Secretary of Commerce and Trade Brian Ball said in a statement. “The growth and longevity of a 60-year-old Virginia company is a powerful testament to the advantages of doing business in the commonwealth, and we are proud to support Tabet’s expansion in Norfolk.” 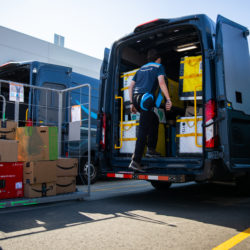