Yancey worked for The Roanoke Times for 39 years in various roles. He has won the Virginia Press Association’s D. Lathan Mims Award for Editorial Leadership twice and is a member of the Virginia Communications Hall of Fame. His book, “When Hell Froze Over: The Untold Story of Doug Wilder: A Black Politician’s Rise to Power in the South” covers former Virginia Gov. Douglas Wilder’s campaign to become the first Black elected governor in the United States.

“It is an honor to help Cardinal take flight,” Yancey said in a statement. “Southwest and Southside Virginia are the most overlooked parts of the state, but there are a lot of stories worth telling, and we want to tell them.”

Yancey is assembling Cardinal’s staff and will contributed signed columns.

“We are thrilled to have a journalist with Dwayne Yancey’s impeccable credentials join Cardinal as we launch a nonprofit, nonpartisan, independent news service,” Rife said in a statement.

Cardinal will solicit donations, grants and sponsorships from foundations, corporations and individuals and will disclose the names of and amounts from donors. Early contributions total nearly $400,000 for 2021, according to a news release, and early contributors include Danville-based American National Bank and Trust Company, Carilion Clinic, Davenport Energy Inc. and Dominion Energy Inc.

“Nonprofit news is the way of the future,” Meade said in a statement. “People consume news in very different ways than they did 20 or 30 years ago. Our news will be provided free of charge to readers, and Cardinal Press’s success will be contingent on the financial support of the communities it serves.”

Nine newsroom employees to be laid off at Roanoke Times 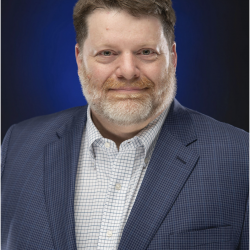