Growing up in Kingwood, West Virginia, Cheryl Ringer, the chief financial officer of nonprofit Blue Ridge Hospice in Winchester, realized that she had an aptitude for math and liked to solve problems.

That’s a common denominator in the early lives of several female CFOs nominated for the Virginia CFO Awards, which were presented by Virginia Business in June. (The winners are profiled on Pages 79-83.)

Nationally, female CFOs still are a rarity at major corporations. A recent issue of the Journal of Accountancy says women occupy 12.6% of CFO positions at 673 large companies, according to an analysis by executive search firm Crist|Kolder Associates.

That trend, however, may be changing, if Virginia is any indicator. More than half of this year’s Virginia CFO Award nominees (19 of 35) are women, including two of the four winners.

The Virginia Society of CPAs doesn’t track the number of female CFOs in the commonwealth, but 43% of its 13,500 members are women.

Former board member
In Ringer’s case, her early interest in problem-solving led to an accounting major at Shepherd University in Shepherdstown, West Virginia.

Following stints at West Virginia and Virginia accounting firms, Ringer developed an expertise in nonprofit accounting and was hired by Blue Ridge Hospice as its CFO after serving on its board of directors.

“It was a small nonprofit company at the time, only a $3 million company,” Ringer says. “I was their treasurer for about three years, and I went to the CEO and said, ‘You need a CFO.

You don’t need a bookkeeper. You need a real CFO.’”

She was offered the job — but declined.

“Then, a few months later, I decided it was a great thing to do, public accounting and helping other people solve their problems and giving them advice,” Ringer says.

She could not know that the job would unleash her creative and entrepreneurial spirit — all in the interest of solving what she says is one of the biggest challenges for a nonprofit institution.

“As a nonprofit, you have to find various ways to raise money and to have different funding sources,” Ringer says.

When she was on the hospice’s board of directors, she was alarmed that 90% of its revenue came from Medicare. “What happens if Medicare dries up?” she recalls thinking. “You have to have alternative funding.”

That new revenue source turned out to be a thrift shop.

“Sixteen years ago, we had a lot of [families] who wanted to give back after we’d taken care of their loved ones. But they didn’t have the financial funding. So, they wanted to give us stuff — clothing or the contents of their houses,” Ringer says. “So, we did some research and found that in Florida hospices were using thrift shops as a funding source.”

For Blue Ridge Hospice, she says, opening a thrift shop was a huge leap, and it fell to her to help make it work.

She spent many of her days helping run the 4,000-square-foot shop and many of her nights performing CFO duties.

Operating a thrift shop to help fund a hospice was a risk, but the venture has turned out well, Ringer says. “Now we have eight thrift shops and a warehouse — it’s huge.”

The shops — most of which average 10,000 to 15,000 square feet — also are part of a recycling program that takes unwanted computers, monitors, telephones and other electronics, keeping them out of landfills while producing a cash flow.

It’s no small-time operation. Ringer says the shops gross about $3 million a year. Recently a couple — both of whom had been served by the hospice — donated their home and two cars.

Today, Blue Ridge Hospice, which has a staff of 250, brings in about $18 million in revenue annually — six times the amount when Ringer started — and provides end-of-life services to about 1,500 people every year, up from a few hundred 16 years ago.

Ringer says the hospice combines her advocacy for service to the community with a solid professional career.

“I think the future of hospice, and any nonprofit, is driven and will grow based on the desire of the community,” she says. 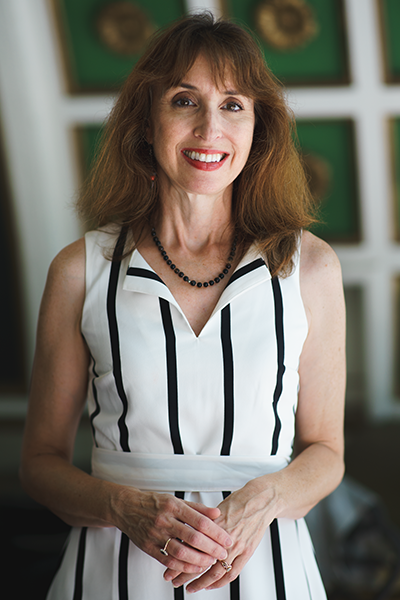 Richmond Ballet CFO Tracy Coogle initially thought about pursuing a career in medicine, but after taking a university-level biology course, she realized it wasn’t a good match for her.

Trying to figure out what she wanted to do with her life, she enrolled at Reynolds Community College in Richmond. Her boyfriend, who later became her husband, suggested taking a few business courses. One of those classes was entry-level accounting.

“My friends said, ‘Tracy, something is wrong with you if you like accounting,’” she remembers. “But I found something that I really enjoyed. It really clicked with me. I kind of discovered it by accident, and I’m grateful I did.”

Coogle was a full-time employee at Crestar Bank when she attended community college. She continued working at the bank part time after transferring to the University of Richmond to major in accounting and marketing.

Another fortunate “accident” occurred when she took a course at Virginia Commonwealth University to earn a college credit in government and nonprofit accounting.

“It was another focus area of accounting that I wouldn’t have known about otherwise,” Coogle says.

When Crestar merged with SunTrust Banks in 1998, Coogle was asked to transfer to Atlanta. But she had a young daughter — the first of two — and she didn’t want to move.

“I love Richmond,” she says. So, she became a consultant and worked from home.

“I found that accounting is really a flexible career,” she explains.

While her daughters were little, Coogle took part-time contract accounting jobs for a range of nonprofits.

Before joining the Richmond Ballet, she worked in top financial positions with the Virginia Repertory Theatre and the Richmond SPCA.

Additionally, she has been a volunteer, leader and board member of the Girl Scouts of the Commonwealth of Virginia for 17 years.

“I thought I was going to be super mom,” she says. “That is [a] myth. You can do one thing well or several things not as well. For me being in a nonprofit, I can take advantage of the flexibility. You have to find the balance that works for you — keep looking till you find that balance.” 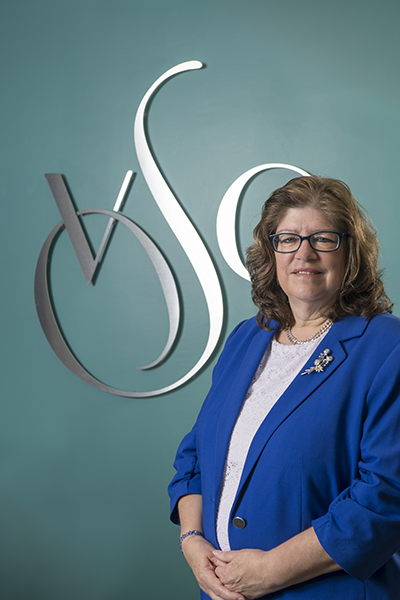 Teresa Kraus, CFO of the Virginia Symphony Orchestra in Norfolk, grew up thinking that accounting was a natural career for women.

Her mother was chief accountant of a chain of home improvement stores in Pennsylvania.

“She was very innovative at the time. … She actually brought in an IBM mainframe, which was the size of an entire room. She computerized the company,” Kraus recalls. “She was my role model.”

“Our family had six girls, no boys. Half of us went into business and half into medical.”

Kraus’ first job was in insurance accounting, and she was once the controller of a small company. But she always was drawn to the nonprofit world, she says, where “you have the feeling you’re working for an organization where what they do really does matter.”

A lot is taking place at the Virginia Symphony. It will celebrate its centennial season in 2020-21. In addition, its music director, JoAnn Falletta, is retiring next June after leading the orchestra since 1991.

The symphony also recently began a fundraising campaign to establish an endowment.

Donors want to know that their money is being spent wisely, and Kraus says one of her jobs as CFO is to show that it is.

“It’s always a financial challenge in arts organizations,” she says, noting that one of her most satisfying duties is providing the professional expertise to meet those challenges. 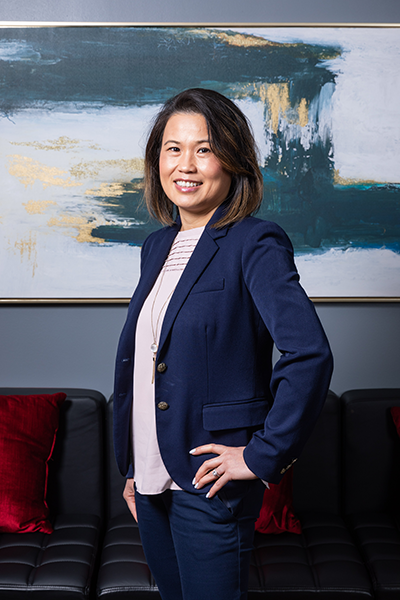 Nguyen likes working for the woman-owned business that serves federal government customers. A lot of her satisfaction comes from helping the company grow while keeping a sharp eye on the budget.

Good financial controls, she says, help keep the company competitive while providing a wide range of benefits for its employees.

Her best advice for women who aspire to CFO positions is to be driven and industrious.

“That’s what I do,” she says. “You just have to work hard to get where you are.”