In July, the school at Huntington Ingalls Industries’ Newport News Shipbuilding division marked 100 years of grooming graduates trained to work at the Newport News shipyard, the state’s largest industrial employer with more than 24,000 employees. The school has produced more than 10,800 graduates since opening in 1919 with 126 apprentices.

More than 3,000 graduates have moved into leadership roles with Newport News Shipbuilding. Former graduate Pat Phillips became president of the shipyard in 1992 and chairman in 1994, retiring in 1995 after 46 years with the company.

Opened at the end of World War I with the goal of recruiting, training and developing shipbuilders, the school today teaches advanced digital shipbuilding concepts and technology.

The school offers four- to eight-year, tuition-free apprenticeships in 19 trades and eight optional advanced programs, including production planning and supply chain management. “That’s one of the biggest changes over the years,” says McCane.

Another big change was the evolution from an all-male school to the inclusion of women in the 1970s. “We also had our first minority student in the 1960s,” McCane says. “We still struggle with female enrollment.”

The school, which currently enrolls 850 students, accepts just 225 apprentices out of 3,000 applicants each year.

Students are employed by Newport News Shipbuilding on their first day of the program.

Apprentices work a 40-hour week and are paid for all work, including time spent in academic classes. They can earn associate degrees in business administration, engineering and engineering technology and bachelor’s degrees in mechanical or electrical engineering through partnerships with Thomas Nelson and Tidewater community colleges and Old Dominion University.

“This institution has contributed to the success of our community by providing its students with opportunities to earn a competitive education and build rewarding, sustainable careers,” says Florence G. Kingston, director of development for Newport News. “The strength of our skilled workforce and the superior quality of goods produced by our advanced manufacturing sector can be attributed to the work of The Apprentice School.” 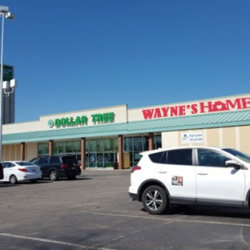