There’s no place like home — at least for many of Virginia’s craft breweries. Several of Virginia’s homegrown breweries have recently expanded in the commonwealth. Nearly two years after opening a pilot brewery and music stage in Roanoke, Crozet-based Starr Hill is adding a Richmond location this summer.

Richmond-based Hardywood Park Craft Brewery meanwhile has added facilities in Charlottesville and Goochland County during the past two years. “Our focus has always been to be a distributing brewery, to be a strong regional player,” Patrick Murtaugh, Hardywood’s co-founder and brewmaster, told Virginia Business last summer. “We want to really focus on our home markets.”

The commonwealth is now home to more than 200 craft breweries, including Starr Hill and Hardywood, which are among the largest homegrown breweries in the state. Virginia also has nearly 300 wineries, 70 distilleries and 20 cideries. Some beverage makers are diversifying their products. Last year, Devils Backbone Brewing Co. added a distillery at its expansive Nelson County campus. Also during 2018, The Vanguard Brewpub and Distillery opened in Hampton.

Virginians and tourists not only have new beverages to imbibe but also new places to stay. Many new hotel properties are open or under construction. The Glass Light Hotel, a Marriott Autograph Collection property, will open in Norfolk in August. The 117-room boutique hotel includes a glass-art gallery and a 70-seat restaurant. Another Marriott-branded boutique property, Moxy, is expected to open in downtown Richmond in 2020. The 87-room hotel will cater to millennial travelers.

The Virginian Lynchburg is one of several properties that opened last year. The 115-room hotel first opened in 1913.  The 65-room Bristol Hotel also made its debut in Bristol. The hotel is located in the former Executive Plaza site, which was built as a hotel in 1925 and later served as an office building. The Hotel Madison in Harrisonburg and The Blackburn Inn in Staunton are two new properties in the Shenandoah Valley. The latter previously was a hospital for the mentally ill that’s been transformed into a 49-room boutique hotel.

Many of the state’s new hotel properties offer space for corporate meetings and events. The commonwealth’s largest conference hotels are highighted on page 147. This section also includes a list of the biggest Virginia-based craft breweries as well as distilleries, commercial airports and localities that received the most income from the Airbnb rental platform in 2018. 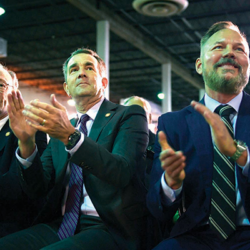 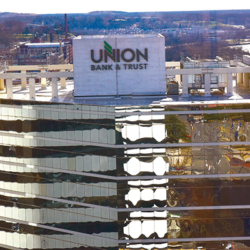