Investors itching to get in on the latest tech trend are zooming in on the metaverse — a presumed future virtual or mixed reality iteration of the internet in which users would navigate 3D environments for working, shopping, socializing and entertainment.

By some estimates, the metaverse market could balloon to $5 trillion in annual revenue by 2030.

Beware the hype, though, professional money managers warn. It’s a fledgling technology that is anything but certain.

“The metaverse — whatever it actually turns out to be — will impact many sectors, so investors are investing in it,” says Eileen O’Connor, CEO and co-founder of Falls Church-based Hemington Wealth Management. But, she says, her firm “would never target [the metaverse] as an allocation separately because, at this point, it’s just a concept.”

No one yet knows who the major metaverse players will be. Sectors likely to benefit include software, gaming, multimedia, social media and cryptocurrencies, experts say.

“Early adoption of a new trend in the investment world can mean great success — or you may lose all of your money,” cautions Rachel Boyell, director of investment strategy and operations for Cassaday & Co. Inc.

“Metaverse ETFs [exchange-traded funds] are extremely new; the oldest of the handful out there just began trading a little over a year ago,” Boyell says. “Investors should proceed with caution on such new products,” she adds, since those funds have not been battle-tested.

ETF rollouts include those from fund companies Fidelity Investments, ProShares and Horizons, enabling investors to gain exposure in the metaverse through an index made up of a basket of stocks.

Facebook’s parent company, Meta, changed its name in October 2021, indicating CEO Mark Zuckerberg’s belief in the metaverse as the next technological frontier. But a little over a year later, the company’s stock plummeted 73%, losing more than $700 billion in market value — making it the worst performing stock in the S&P 500 this year. In November, Meta announced it would lay off 11,000 employees, about 13% of its workforce.

Many analysts chalked that up to Meta’s expensive and risky bet on the metaverse and virtual reality. The company spent more than $9.4 billion on metaverse research in 2022, and, as of October, its virtual reality platform, Horizon Worlds, had fewer than 200,000 active users — far below its goal of 500,000 users.

“Trying to predict which stocks will be winners and losers in this amorphous tech universe can be difficult for the average investor,” The Wall Street Journal remarked in an October article about the metaverse.

Driving interest among unafraid investors is the fact that some online gamers are already utilizing virtual reality headsets. Additionally, advancements in artificial intelligence could facilitate and expedite establishment of the metaverse in time.

“Similar to many other disruptive technologies, we are likely decades away from the full implementation of the metaverse at scale,” stated an April tech sector report from Wells Fargo Wealth and Investment Management.

“The reality is the metaverse is yet to evolve,” says Joseph W. Montgomery, managing director of investments for The Optimal Service Group of Wells Fargo Advisors in Williamsburg. “There are not a lot of specifics beyond speculation, and fear of missing out is rarely solid investment logic.”

Metaverse ETFs are tracking high-growth tech-stock ETFs, which makes sense, says Boyell, adding that, “no surprise, they have sold off this year as inflation was a headwind to high-growth valuations.”

Jeffrey S. Grinspoon, managing director and partner of VWG Wealth Management, says metaverse ETFs will have trouble increasing assets. “Putting the technology and probability of success in the future aside … high-growth, long-term horizon investments will continue to struggle in an increasing interest-rate environment.”

Most investors in this economy continue to favor investments that provide cash flow such as dividends, Grinspoon says.

“That doesn’t mean the metaverse won’t continue to gain traction, albeit slower,” he says. “I simply would prefer to look for growth managers who include these types of investments in the overall portfolio, as opposed to a narrow focus like a specific ETF.” 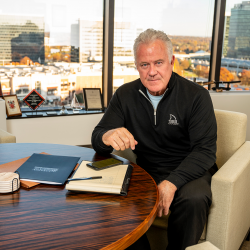 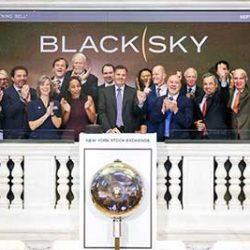 Blank-check deals come down to earth