Current Dynetics President Dave King will stay on in a consulting capacity and ensure a smooth transition, Dynetics said in a news release.

Cook had been serving as Dynetics deputy president and operations manager for the Leidos Innovation Center and joined the company in 2009 as director of space technologies. He led the company’s efforts in launch systems, orbital spacecraft and analysis, planetary exploration and nanotechnology research until 2013. He was promoted to lead corporate development and was then president of Dynetics Technical Solutions subsidiary. Before he joined Dynetics, he worked for NASA. He was manager of the Ares Projects Office at NASA’s Marshall Space Flight Center in Huntsville, Alabama where he oversaw project management and direction of the Ares I and V launch vehicles.

“Dave King has been an invaluable member of our team for the last two years, and we are confident that Steve Cook will continue to deliver innovative solutions to our customers in his new role,” said Leidos Chairman and CEO Roger Krone in a statement. “Steve’s extensive expertise and background will provide a smooth transition and build upon the important work done by Dave King over the past several years. I’m excited to see Steve and Paul grow the company’s footprint in the emerging national security space market, while delivering wins across the business.”

Leidos acquired Dynetics for $1.65 billion in February 2020 in an all-cash transaction.

Work will be conducted at NASA's Ames Research Center in California 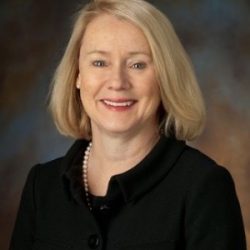