Arlington-based Boeing Corp. will continue manufacturing the core and upper stages of the Space Launch System rockets for NASA’s Artemis missions that are expected to take astronauts to the moon and beyond in coming years.

NASA announced Friday that it finalized its $3.2 billion contract with Boeing, just two days before its Orion spacecraft splashed down in the Pacific Ocean, completing the uncrewed Artemis I mission flight test. That mission was supposed to take off in late August but was scrubbed multiple times before launching from NASA’s Kennedy Space Center in Florida on Nov. 16.

The SLS rocket delivers propulsion in stages and is designed to evolve to more advanced configurations to power NASA’s deep space missions. Each SLS rocket configuration uses the same 212-foot-tall core stage to produce more than 2 million pounds of thrust to help propel the mega rocket off the launch pad.

“NASA’s Space Launch System rocket is the only rocket capable of sending large cargos and soon, astronauts to the moon,” John Honeycutt, SLS program manager, said in a statement. “The SLS core stage is the backbone of NASA’s moon rocket, producing more than 2 million pounds of thrust at launch, and the addition of the exploration upper stage will enable NASA to support missions to deep space through the 2030s.”

For the first three Artemis missions, the SLS uses an interim cryogenic propulsion stage with one RL10 engine to send NASA’s Orion spacecraft to the moon. Beginning with Artemis IV, the SLS Block 1B rocket configuration will be propelled by the more powerful exploration upper stage (EUS), with larger fuel tanks and four RL10 engines, and send a crewed Orion and large cargos to the moon. All the structures for the rocket’s core stage and EUS are manufactured at NASA’s Michoud Assembly Facility in New Orleans.

The contract comes as NASA optimizes manufacturing capabilities, and Boeing will use Kennedy Space Center to perform some final assembly and integration work beginning with the Artemis III rocket. Teams will continue all core stage manufacturing activities at Michoud.

The Artemis II core stage is scheduled to be completed and delivered to Kennedy in 2023. The engine section for Artemis III has been loaded onto NASA’s Pegasus barge for delivery to Kennedy, which is expected in mid-December, and it will be outfitted and later integrated with the rest of the rocket.

In addition to Boeing’s contract, Collins Aerospace, a subsidiary of Arlington-based Raytheon Technologies Inc., has received a $97.2 million task order to design and develop a next generation spacesuit and support systems to replace suits worn by astronauts for decades, NASA announced Dec. 8. The new suit could be worn for spacewalking outside the International Space Station and is crucial for future Artemis missions, NASA said in a news release. The next-generation spacesuit is made up of more than 18,000 parts and has an interior volume the size of a small refrigerator, Collins said.

NASA has said Artemis II, which will be crewed, is tentatively scheduled to launch in summer 2024. 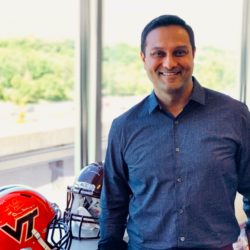