Home Opinion Our View More better, but still not finished

More better, but still not finished 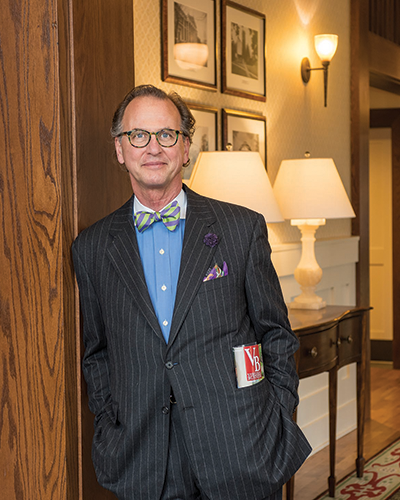 Since 2006, Virginia Business has presented its annual CFO Awards.  Being a chief financial officer always has been a taxing job, but back then things were just beginning to get a lot tougher.  Who knew then that the subprime mortgage crisis would engender the deepest recession since the Great Depression?

Fortunately, business today seems to be going a lot better.  Last month, The Port of Virginia reported its fourth consecutive year of growth and an all-time high for container volume.  Heck, even the Virginia Lottery is reporting record sales and profits (see Page 27 in this month’s cover story).

Good times in the commonwealth tend to come when federal spending is on the increase.  Defense budget increases pump up Northern Virginia’s technology sector and shipbuilding in Hampton Roads.  After all, shipbuilder Huntington Ingalls is Virginia’s largest industrial employer.

Although it is early, tariffs and potential trade wars do put some clouds on the horizon.  By definition, Virginia’s ports depend heavily on international trade.  On the other hand, Canadian-company Cascades Inc. has announced plans to reopen its Bear Island newsprint mill in Hanover County.  Tariffs imposed earlier this year on Canadian newsprint may have been a factor in reopening the facility.

In terms of state government, Gov. Ralph Northam’s success in getting Medicaid expansion through the General Assembly is a good move for the economy, especially for cash-strapped hospitals in rural areas where access to medical care has become increasingly difficult.

Medicaid expansion also is good for the business community.  Employers have far too long borne the brunt of medical cost increases for employees as well as for indigent care as those costs are passed on to policyholders through higher insurance premiums.

Last month also saw an announcement portending that Virginia is reversing its multiyear decline in economic development rankings.  CNBC listed Virginia as No. 4 in its “Top States for Business,” up from No. 7 last year.

Forbes.com, Site Selection magazine and others publish similar lists.  None of them is considered the definitive ranking.  But improvement is improvement; we’ll take it!  Hats off to the Virginia Economic Development Partnership.

So, much of the news is good.  Nevertheless, the commonwealth’s regional economies remain uneven, with disproportionate gains in NOVA, Richmond and Hampton Roads, while Southern and Southwest Virginia continue to lose jobs and population.

Without a dramatic improvement in the state’s manufacturing economy, the harsh truth is Virginia’s “new economy” is largely based on professional services and the information technology sector, which are harder to develop in rural areas.

Looking at other states throughout the South that have won manufacturing deals during the past decade, competitive economic development incentives are a significant factor. Too often the value of incentives is discounted by our legislators, but that value cannot be denied.  The rising tide of the current economy in some regions now makes such incentives possible. Let’s get them in place for the other regions.  This will have statewide benefits.

Returning to the role of CFOs, this year’s awards were presented in June, but see the coverage beginning on Page 73 for a listing of all nominees and finalists plus profiles of the winners in five categories.  Many thanks are due to Dixon Hughes Goodman, the Virginia Society of CPAs, McGuireWoods and Bank of America, which were sponsors of this year’s program.

And for more on economic development, see this month’s special advertising section, the 26th annual Virginia Business Site Locator (Page S1).  A new partnership with the Virginia Economic Developers Association has helped make this year’s guide to the best locations for business development sites in the commonwealth especially robust.

Let’s all be a part of the rising tide that floats all boats.  Enjoy!

The end of innocence

Revitalization of cities leading to growth