Mitre fellows are a select group of scientists who lead programs at the organization, serving as subject matter experts and advisers to mission-critical programs, officers and the board of trustees.

Gilbert has been with Mitre for 24 years and is the founder of quantum science research at the organization, where he serves as the principal investigator of Mitre’s quantum program.

“Gerry’s contributions to Mitre and his field run deep — few people in the world have dedicated their lives to this level of expertise and innovation,” Charles Clancy, Mitre chief futurist, senior vice president and Mitre Labs general manager, said in a statement. “As a Mitre fellow, Gerry will continue to push the boundaries of what’s possible, which is mission critical in the race for global competitiveness in quantum science.”

Gilbert earned his doctorate in theoretical physics from the University of Texas and held academic research positions at the California Institute of Technology as the Weingart Prize Research fellow in Theoretical Physics at Cambridge University under physicist Stephen Hawking.

The Mitre Corp., a not-for-profit organization that manages federally funded research and development centers, last year formed Engenuity. Mitre was founded in 1958 and has 8,400 employees. 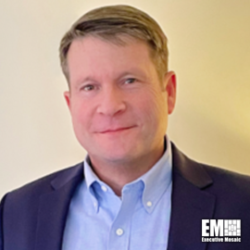