“Virginia’s strong agriculture sector continues to play a critical role in the success of our booming economy,” Northam said in a statement. “We are pleased the company has chosen to establish its first East Coast facility right here in Virginia, and we look forward to all of its success in the future.”

The company will move into the former Sunshine’s Pride Dairy Inc. facility, which closed in 2011, where TFC will specialize in deboning turkey thigh meat for sale to food manufacturers. The 100,000-square-foot plant is located at 801 N. Kent St.

Brothers Darrin and Trent Froemming founded TFC Poultry in 2008 after they bought and remodeled a shuttered poultry plant in Ashby, Minnesota. The company debones turkey thighs using proprietary technology and X-ray and metal detection. TFC Poultry has seen an increased demand for its products because of an increased domestic demand for dark meat, according to a news release.

“The company narrowed to this region due to the great access it offers to the I-81 corridor and to some of our key customers and suppliers,” TFC Poultry CEO Darrin Froemming said in a statement. “We specifically chose Winchester due to two primary factors: The first was the availability of all ranges of talent and that talent’s proximity to the new location, and the second reason was the embracing of progress the city demonstrated to the company throughout its due diligence stage. No other community held such an aggressive, yet genuinely welcoming reception.”

The Virginia Talent Accelerator Program, a workforce initiative created by the VEDP and Virginia Community College System, will provide customizable recruitment and training services at no cost to the company. 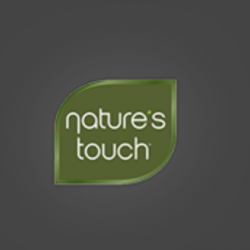