Planners seek digital amenities and a diversified roster of clients

Please turn off all electronic devices. That was the norm in the not-so-distant past for attendees at a meeting or conference.

These days, people are encouraged to keep their tablets and smart phones fired up, the better to interact with the information being imparted and interested parties outside the room. Before they even arrive at meetings, some participants have downloaded an app to plan and personalize their schedule, and every nuance of their experience is often live-streamed to the folks back at the home office.

“Digital space is changing the platform,” says Carol Torricelli, director of domestic sales for the Virginia Tourism Corp. Translation: Today, meeting planners are almost as concerned about cyberspace as physical space.   “Everyone wants to be interacting,” says Torricelli. “Everyone is engaged.”

“If you aren’t there [on the forefront of technology], you aren’t in the game,” says Sherrif Karamat, chief operating officer for the Professional Convention Management Association. “With the average conventioneer using two devices, the challenge is to keep up the speed. We’re living on a live stage and learning as we go along. We are seeing the digitalization of our economy.” 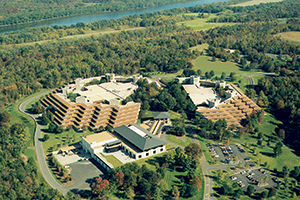 Meeting venues in Virginia have been scrambling to keep abreast of this burgeoning digital demand. “Everything is wired, everything [is] built-in now,” says Vicki Bendure, spokesperson for the National Conference Center in Leesburg, the largest meeting space in Northern Virginia. The center, which has 900 rooms and a 16,000-square-foot ballroom, recently has been refurbished and updated by new management and offers free Wi-Fi throughout.

At the Hotel Roanoke & Conference Center in Roanoke, which can accommodate groups as large as 1,600, public relations director Michael Quonce says the online, all-the-time agenda of groups puts his AV/technology team to the test. “We’ve increased bandwidth and have a separate pipeline for large groups so they can do their work,” he says. “This really has been a change for us.”

Virginia’s outlook also is trending positive, although not as strongly as in some parts of the country, Terry says, because it is still recovering from the loss of so much government business. Northern Virginia and the Hampton Roads area were hit hard repeatedly, first by the government hunkering down after 9/11, then by the Great Recession in 2008 and 2009. Then came “Muffin Gate.” Even though the story about how Department of Justice meeting-goers were feasting on $16 baked goodies at the taxpayers’ expense proved to be not quite as sensational as first reported in September 2011, in its aftermath government conferences became about as common as bipartisanship on Capitol Hill. The government shutdown in 2013 was the final insult. Dean Miller, national sales manager for Visit Fairfax, says the National Conference Center in next-door Loudoun saw $2 million in bookings vanish that fall, and many other venues took a big hit, too.

It was a lesson learned the hard way about putting all the eggs in one basket. Today, the meeting and convention industry in Virginia is embracing diversity, and its new favorite buzz word is “SMERF.” This acronym stands for “social, military, educational, religious, fraternal,” meaning if Uncle Sam won’t be gathering at your hotel anymore, maybe the Elks, or the romance writers or retired members of the Fifth Marine Division will.

The Washington Post recently reported that the Westfields Marriott in Chantilly keeps its 1,100-person capacity ballroom busy not just with business meetings, but by hosting lavish Indian weddings — 118 of them in the past three years, which generated $3.3 million in revenue.

Reggie Cooper, general manager at Salamander Resort & Spa, says his high-end Middleburg facility already has booked 50 weddings for 2015, along with an increasing number of meetings for nonprofit groups, lawyers and insurance executives. As the baby boomers age, medical conferences have become another growth area for the meetings industry.

Terry says that the commonwealth is expanding its capacity to meet these modest but steady increases in demand.

In Richmond, a downtown Hilton Garden Inn is being converted to a regular Hilton and will expand its meeting space from about 6,000 square feet to 15,000 square feet. 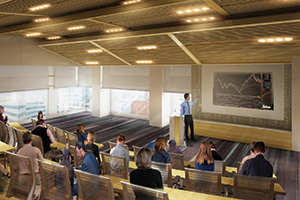 In downtown Norfolk, a 300-room Hilton will open at the end of the year. The complex, called The Main, will include a $42.5 million, 50,000-square-foot conference center, which will be built with public funds. Anthony DiFilippo, CEO of the Norfolk Convention and Visitors Bureau, says his city needs this expanded capacity.

In NoVa, Miller says that the opening of the first stage of Metro’s Silver Line has been hugely beneficial in getting groups to hold events in Fairfax County. Easy access is a critical concern for event planners, and now meeting attendees can use the Metro to go lobby on the Hill or take in a Nationals’ game. “We’re not stuck out in the middle of nowhere anymore,” he says. To help serve this expanding market, a 300-room Hyatt Regency with 15,000 square feet of meeting space should be on line by this month. The New York-based company Convene also opened 15,000 square feet of meeting space at Tysons at the end of 2014.

Those in the industry point to several other positive developments for their business. Esra Calvert, Virginia tourism’s director of research, says that in 2014, 15 percent of the 40 million visitor trips to the commonwealth were business-related. One in four of those business travelers extended his or her stay by one or more days for leisure purposes. She called this phenomenon “bleasure travel.”

Indeed, the line between business and pleasure is blurring. Blame it on the rise of the more demanding millennials, but meeting-goers expect to be able to customize their experience in much the same way leisure travelers do. “They are doing what they want to do, not what we tell them to do anymore,” Karamat says.

And what they want is to be in a greener, more socially responsible environment where they can eat local food, sample craft beers and artisan wines, and generally immerse themselves in the ambience of the particular region.

At the National Conference Center, for example, meeting-goers can indulge in a locally sourced chef’s dinner or visit a local winery. At Salamander, they can team-build by riding horses or sliding down zip lines. The Hotel Roanoke promises more vegetarian, gluten-free dining options, while Norfolk emphasizes its unique history with the U.S. Navy and its “no-chain zone” downtown. “We’re a foodie city,” DiFilippo says.

This move toward self-curated business travel, however, still has to be balanced against the need for stricter accountability — no more junkets — and not just for government gatherings, but for corporate meetings, as well.

“It must be mission critical for it to happen now,” Karamat says. Yet he doesn’t foresee meetings being replaced by video conferencing, despite how plugged-in everyone at a physical meeting site must be these days.