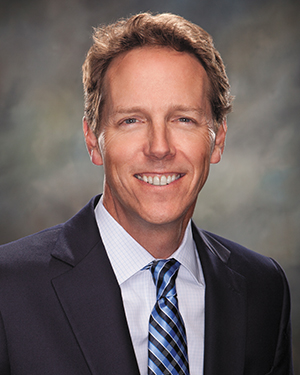 Davis is the point person in Virginia for the country’s largest broadcast television group.

Based in Portsmouth, home to WAVY and WVBT’s studios, the New Jersey native came up through the sales and management side of the business, serving in account executive, sales manager and station manager roles in Hampton Roads for more than 15 years before being named president and general manager of Norfolk’s ABC and Fox affiliates in 2005.

With 199 stations in 116 markets and $4.5 billion in 2020 revenue, Nexstar’s parent company, Nexstar Media Group, has a big reach. It employs more than 300 people in Virginia at stations in Norfolk, Richmond, Roanoke and Bristol. A Duke University alumnus, Davis served as president of the Virginia Association of Broadcasters and was a board member of the Fox Affiliate Board of Governors. He is also a member of the development advisory board for the Children’s Hospital of The King’s Daughters.

As the head of PBS, the nation’s largest noncommercial broadcasting network, Kerger has the distinction of being its longest-serving top executive, becoming its president and CEO in 2006.

During Kerger’s tenure, PBS, which employs around 550, has seen its audiences grow, moving from the 14th most-watched network in America to No. 7 in the course of a decade, with more than 100 million monthly broadcast viewers. Programming under Kerger’s watch has included the wildly successful period drama “Downton Abbey,” the Ken Burns and Lynn Novick docuseries “The Vietnam War” and the children’s show “Daniel Tiger’s Neighborhood.”

Kerger also launched the PBS Kids 24/7 broadcast and streaming channel in 2017 and oversaw the development of PBS LearningMedia to provide content for teachers in the classroom. She is regularly included in The Hollywood Reporter’s “Women in Entertainment Power 100.”

A director of the International Academy of Television Arts and Sciences and a member of Meredith Corp.’s board of directors, Kerger was previously executive vice president and chief operating officer of the Educational Broadcasting Corp., the parent company of WNET New York.

The past year has been eventful for Lougee and Tegna, the Gannett Co. Inc. spinoff company that owns 68 television stations in 54 markets, earning $2.9 billion in 2020. The company was enmeshed in a proxy battle earlier this year with majority stakeholder Standard General LP, which argued that Tegna did not seriously consider purchasing offers last year from Gray Television and Apollo Global Management Inc.

Lougee, the former executive vice president of media relations for Belo Corp., a company purchased by Gannett in 2013, landed in hot water earlier this year when details came to light of a 2014 incident in which Lougee mistook a Black board nominee for a parking valet following an industry event. He apologized to Adonis Hoffman, who withdrew his nomination to Tegna’s board in 2014, but Hoffman wrote in a letter to Lougee that he took issue with the CEO’s failure to apologize or accept responsibility for the incident until it was made public in 2021.

A member of the boards of BMI and the Broadcasters Foundation of America, Lougee is also a past chairman of the National Association of Broadcasters and the NBC Affiliates Board.

Formerly known as The Washington Post Co., Graham Holdings Co. was created in 2013 after the newspaper’s sale to Amazon.com Inc. founder Jeff Bezos for $250 million. Although he does not bear the Graham name, O’Shaughnessy is part of the storied publishing family as son-in-law of Chairman Donald E. Graham.

O’Shaughnessy came to Graham Holdings in 2015 after serving as CEO of LivingSocial, the online marketplace he co-founded in 2007 (now owned by Groupon).

The Georgetown University graduate, who also serves as an executive committee member of the Washington, D.C.-based nonprofit Federal City Council, is pursuing greater diversification of the company’s assets, which include Slate.com and the education company Kaplan Inc. New avenues include purchases in the hospitality, automotive and lifestyle sectors.

A graduate of the Washington and Lee University School of Law, the Yale-educated Robertson answered an evangelical calling while on a mission to India, and after a decade of practicing law, he moved to the Philippines in 1994.

The son of TV evangelist Pat Robertson, who at age 91 still appears regularly on the Christian Broadcasting Network’s “The 700 Club,” Gordon Robertson spent his early adulthood founding a missionary training center, Operation Blessing Philippines, as well as an Asian outpost of CBN, the Virginia Beach-based religious programming television network his father founded in 1960. In 1999, the younger Robertson returned to the United States, and he became head of the network in 2007.

CBN’s content now includes “700 Club Interactive,” topical faith-based shows and franchises such as “Next Gen Voices” and the animated series “Superbook.” Gordon Robertson also co-hosts “The 700 Club” with his father, and he’s a member of the network’s board of directors.

It’s been an eventful year so far for McLean-based media company Gannett, the nation’s largest newspaper publisher, since it was acquired for $1.1 billion in 2019 by GateHouse Media, the company Reed has headed since 2006.

In June, Gannett’s The Indianapolis Star won a 2021 Pulitzer Prize for National Reporting. The company also made Forbes magazine’s list of Best Employers for Diversity this year and auctioned off for charity a non-fungible token image of the front page of a Florida Today edition specially made for astronauts on the 1971 Apollo 14 lunar mission led by Cmdr. Alan Shepard.

Financially, Gannett has had ups and downs. In announcing the company’s first-quarter results, Reed reported that new digital-only subscriptions surpassed 1.2 million — a $23.2 million boost in the company’s digital-forward strategy. But print advertising was down 24.9%, and digital advertising and marketing service revenues were off 10.4%. However, in August, Gannett reported its first quarterly profit since its merger with GateHouse, with net income of $15 million in the second quarter of 2021.

Reed has served on the boards of the Newspaper Association of America and The Associated Press, as well as the advisory board at Grady College of Journalism & Mass Communication and the University of Alabama’s College of Communication and Information Sciences board of visitors.

With the news site Politico, VandeHei rewrote the playbook for political journalism in the digital space. Fourteen years later, he’s moved on to an equally groundbreaking sequel.

A graduate of the University of Wisconsin-Oshkosh, VandeHei reported for Roll Call, The Wall Street Journal and The Washington Post before co-founding digital news site Politico in 2007. Nine years and numerous awards later, he left Politico and, along with news veterans Mike Allen and Roy Schwartz, launched Axios, a news site with a famous to-the-point article style. In March, Axios was considering merging with The Athletic, a subscription-based sports media outlet, but by May, the proposed deal fizzled out, The Wall Street Journal reported.

With 262 employees worldwide, including 123 in Virginia, Axios has become a multifaceted content provider, with $60 million in revenue last year.

Watkins, who joined Landmark more than two decades ago, was named president and CEO of both Dominion Enterprises and Landmark Media Enterprises in 2018. He oversees strategy and performance for Dominion, a media and information services firm specializing in newspaper publishing, Internet publishing and software. It was started by the former Landmark Communications Inc., which owned The Virginian-Pilot and Daily Press newspapers, among other publications.

In May, Paxton Media Group finalized a deal to purchase Landmark Community Newspapers LLC, a chain of daily and weekly newspapers based in Shelbyville, Kentucky. In April, CoStar Group Inc. announced it had reached an agreement to purchase Homes.com, a division of Dominion Enterprises, for $156 million.

Watkins was president of a Duke Energy subsidiary before joining Landmark in 2000. He founded Expedient, a cloud-computing business owned by LME, and served as its CEO while simultaneously working as Landmark’s vice president of corporate development and new ventures.

Before entering private industry, Watkins served in the U.S. Navy as a nuclear-trained officer. He’s a graduate of the U.S. Naval Academy and William & Mary’s business school. 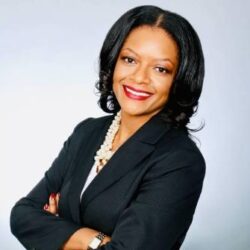